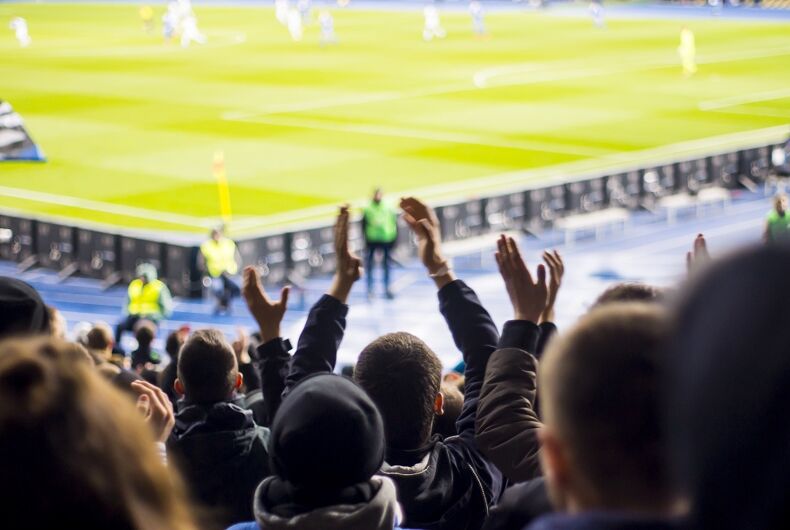 Tigres UANL, a top-level professional soccer team from San Nicolás, Mexico, is trying to get their fans to stop using a homophobic chant in games. And to make things interesting, they’re promising to renovate a school for each game they get through where fans chant “tigres” during all of the goal kicks.

Chanting “puto” is common at professional soccer games in Mexico when a goalkeeper takes a goal kick. The word, when used as a noun, means “male prostitute” but can also be used as a slur against gay men. My Spanish/English dictionary lists “faggot” as the second definition of the term “puto.”

Tigres is trying incentives instead of punishments, and schoolchildren stand to benefit if soccer fans can keep their homophobia out of the stadium. They announced on Twitter their promise to restore a school for each game where fans chant “tigres” instead of “puto” during goal kicks.

FIFA, the international soccer governing body, has already fined Mexico’s team eight times for the chant and has fined or imposed stadium bans on at least four other Latin American national teams. The Mexican Football Federation has also asked fans to stop using the chant.