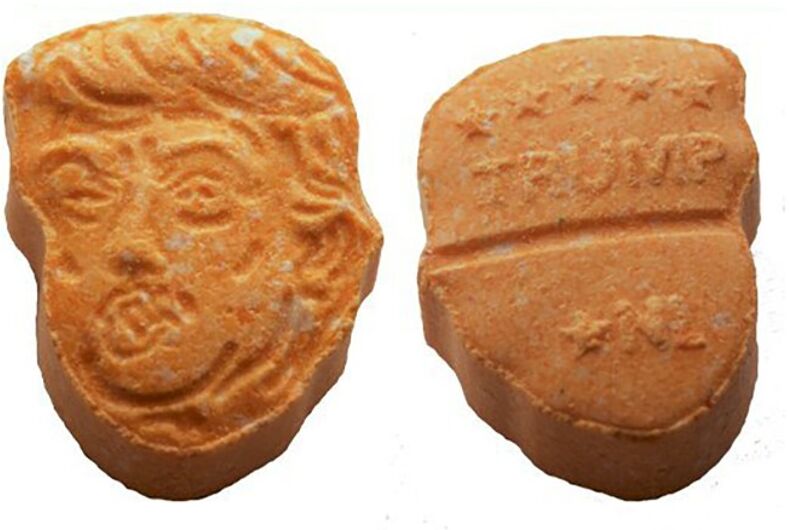 In what is quite possibly the first instance in recorded history of Donald Trump making someone feel good, German police have seized 5,000 ecstasy pills in the likeness of the president’s head.

Seeing as Trump loves nothing more than himself, reportedly receiving two binders a day full of flattering pictures and news items, this may just be a genius plot to halt the administration’s plan to ramp up the drug war.

Police confirmed on Monday that the drugs were found in a car in Lower Saxony, a state in northwest Germany.

A 51-year-old man and his 17-year-old son appeared in court on Sunday and an arrest warrant has been issued, CNN reports.

No reports as to how many jumped on the rolling Trump E Train, but chances are they woke up with a hangover and deep regret.