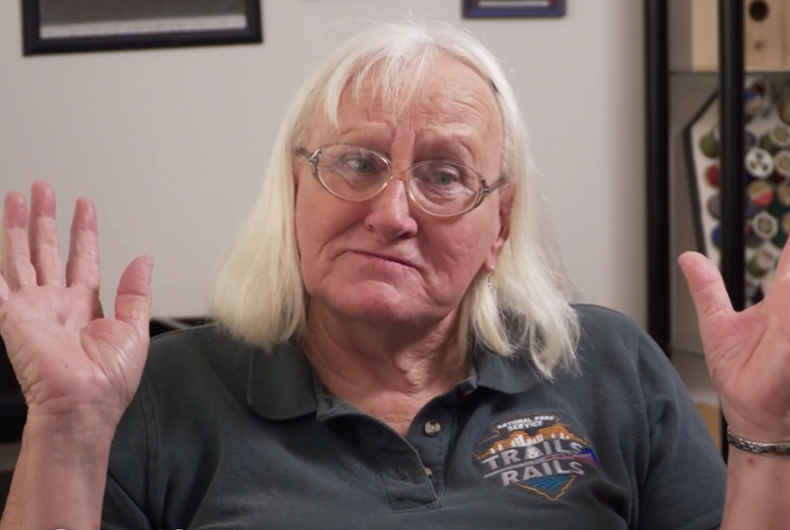 When Trump tweeted in July that transgender individuals would no longer be allowed to serve “in any capacity” in the US military, the reaction was as swift as it was negative – even from his own military commanders. If the president had ever actually served in the military – he got four education deferments and a questionable medical one for “bone spurs” in his heels – he would know that service members evaluate each other by one and only one standard: whether a person does his or her job. Beyond that, nothing else matters.

In this exclusive video interview, OUTWORDS talks to former Navy sailor Crystal Little, a 74-year-old New Orleans native, about telling her former shipmates that she’s no longer “one of the guys” and how they respond. Crystal takes down the president’s ill-advised description of transgender people as a disruption.

Crystal’s interview was produced by OUTWORDS: The National Interview Archive of the LGBTQ Experience.