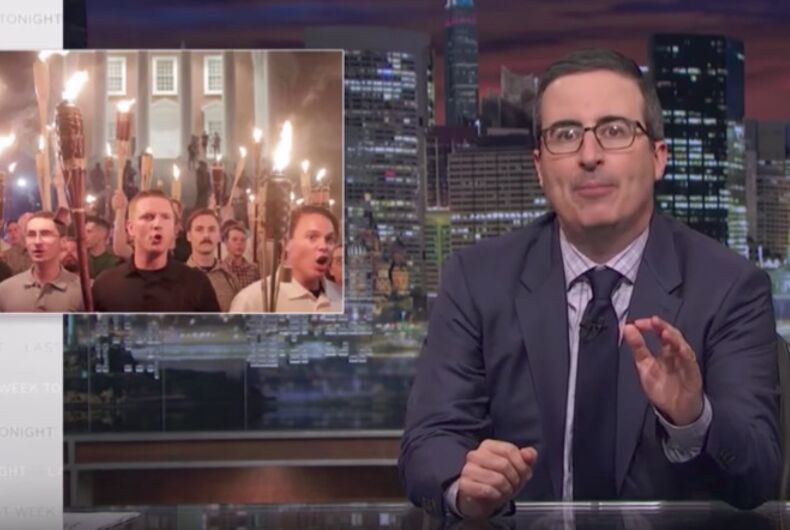 John Oliver’s “Last Week Tonight” tackled the Charlottesville Nazi rally and Trump’s tepid response that blamed violence “on both sides” as only Oliver could. The sharp tongued comedian pointedly shredded Trump’s pathetic attempts to weasel out of condemning his base of supporters.

If you haven’t been following along with this story, first, what rock have you been under, and second, hit play. Immediately.

Because “Nazis are a lot like cats: If they like you, it’s probably because you’re feeding them.”

Charlottesville is proof that white people are not oppressed

Liberal redneck completely destroys the cowards behind the Nazi rally