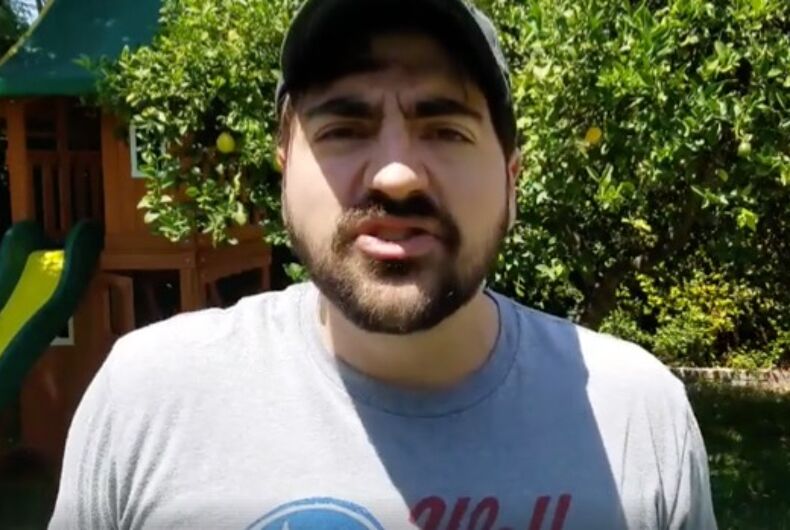 Comedian Trae Crowder, best known for his liberal redneck schtick, took the neo-Nazis, skinheads, and general all around jackasses who gathered in Charlottesville, Virginia, to the woodshed with a video that cuts right to the heart of that matter.

Forget Trump’s non-response response to the disgusting display of hate. The true problem here isn’t just Trump, it’s the hundreds of his racist supporters and Crowder makes sure to name and shame them with some basic common sense.

“I don’t know that there’s any symbol that’s more inherently un-American than the Confederate flag. It’s sorta the point of the fucking thing,” he says.

It’s impossible to agree any more – until you realize that the Nazi swastika ranks right up there with the Confederate flag and the Nazis were proudly waving it too.

Watch it. And try to disagree with a word he says.

Liberal Redneck – Virginia is for Lovers, not Nazis

LIKE EVER SANE PERSON I'M ABSOLUTELY DISGUSTED BY THIS CHARLOTTESVILLE SHIT. BUT LOVE WILL PREVAIL YALL.