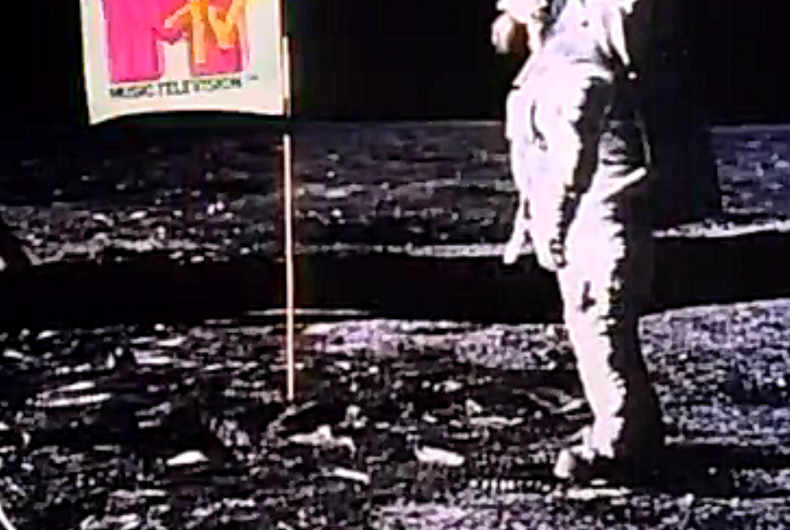 MTV president Chris McCarthy told the New York Times that the trophies handed out at the Video Music Awards (VMA) are getting a gender-neutral update.

The first VMA was aired in 1984, and winners were handed a small statue dubbed “Moonman.” McCarthy now says that at the 2017 VMA, the award would be called a “Moon Person.”

Good for them. While there’s nothing wrong with it being a moonman – it’s a fictional character created by MTV so it’s totally OK for them to assign a gender to it – “Why does every fictional character, especially astronauts, always have to be a man?” is a great question for big media executives to be asking.

Earlier this year, acting categories at MTV’s Movie and TV Awards were made gender-neutral. Emma Watson, who took home the award for best acting, said, “The first acting award in history that doesn’t separate nominees based on their sex says something about how we perceive the human experience.”

McCarthy also said that MTV is working on a coming-of-age reality show called We Are They where all the people featured are gender-nonconforming.

The move to gender-neutrality is presented in the Times article as part of a larger strategy for attracting young viewers as MTV’s ratings have plummeted over the last five years and attempts to increase viewership have failed.

But despite the numerous changes the network has been through over the years, it has kept its astronaut-themed trophy, a symbol from a time when young people tuning in to the first VMA might have remembered watching the moon landing as kids.