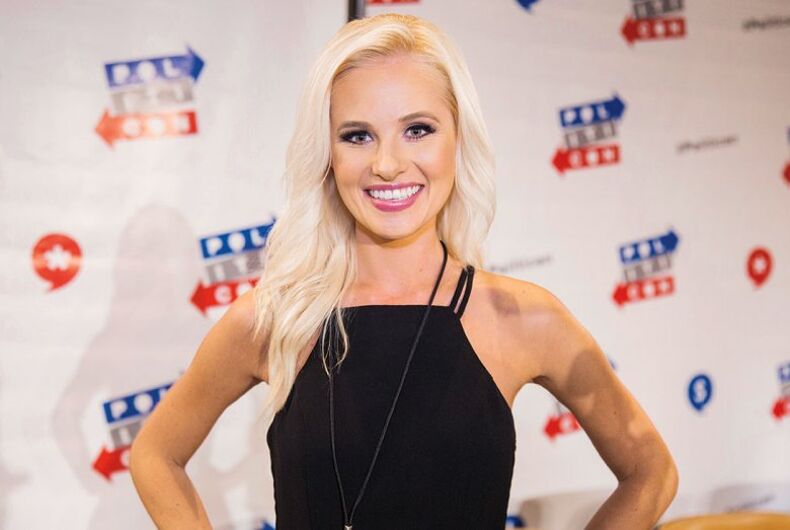 I am blessed and honored to join the Fox News team. This exciting new step will allow me to give voice to all the…

Lahren will have a “signature role on the network’s upcoming digital lineup” according to Variety and will also regularly appear as a pundit on Sean Hannity’s show.

Our friends at GLAAD tipped us to this handy bullet list of Lahren’s greatest anti-LGBT hits:

The conservative mouthpiece made her name on social media as versus climbing the traditional political or mass media ladder., so, of course, her Twitter feed is a monumental pile of vacuous balderdash and outright lies.

So you want the Millennial vote? I have some "final thoughts." Maybe a little less talk about gay… https://t.co/IKbbymXN1N

This is a tweet that @TomiLahren deleted. She must explain why she wrote it. pic.twitter.com/ydUHf2X62b