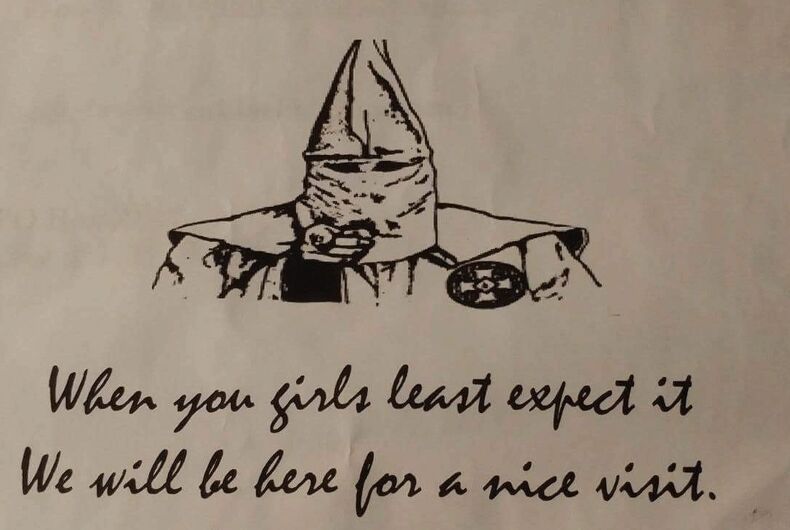 Part of a note from the KKK left at the home of political candidate James Schneider and his partner.Photo: Provided

President Trump has emboldened white supremacists, neo-Nazis, and your run-of-the-mill deplorable bigots and a gay political candidate in Cape Coral, Florida is feeling the backlash.

As James Schneider and his partner slept a few feet away, cowardly KKK members snuck onto his porch and left a menacing note on his door.

“We know where you live faggot. We are going to win. Quit now,” the note read. “When you girls least expect it We will be here for a nice visit. Like Semores? [sic]”

Schneider, the city’s planning and zoning commissioner who is running for a seat on the city council, told the local NBC station, “I kind of dropped it. I didn’t know what to do with that. I was spooked by it immediately. It really shakes you to the core.”

“I am going to stay in the campaign,” Schneider said. “I almost quit which would’ve meant they won. I think I’m the appropriate candidate for the position.”