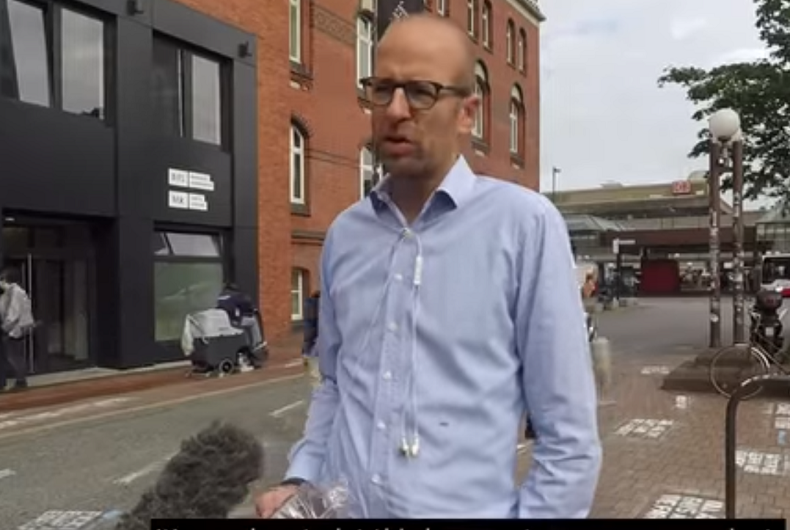 So he decided to bring the tweets to Twitter’s doorstep. Literally.

He picked 30 tweets, went to Twitter’s offices in Hamburg, and spray-painted them on the ground with chalk in the middle of the night.

By 10 AM the next morning, Twitter still hadn’t cleaned them up.

What we saw in Charlottesville is fascism