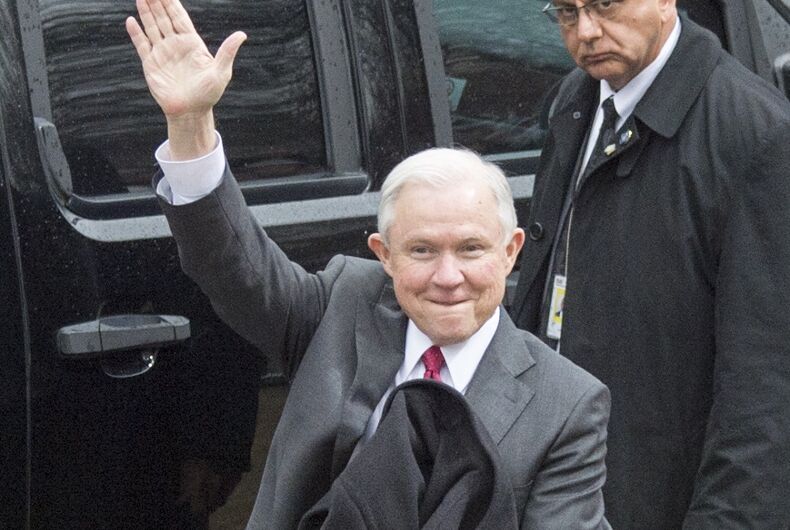 The Department of Justice (DOJ), led by Attorney General Jeff Sessions, has indicated that it is considering reversing protections for transgender prisoners created during the Obama Administration.

In a federal lawsuit, four cisgender, evangelical Christian women in a federal prison in Texas are suing, arguing that transgender protections violate their rights to privacy and religious freedom and put them in dangerous conditions.

At issue are DOJ guidelines released in 2012 regarding protections for LGBTQ people in the Prison Rape Elimination Act, as well as a training manual for prison workers released at the end of Barack Obama’s second term. The documents contain numerous rules and guidelines for federal prisons, instructing them to decide where transgender people are housed on a case-by-case basis instead of only looking at the sex on an inmate’s birth certificate and to ensure transgender inmates have access to health care, among other things.

According to the manual, transgender and intersex inmates’ “views with respect to his/her own safety must be given serious consideration” by prisons.

“Transgender inmates are currently facing inconsistent treatment across the country, between different facilities and even different staff members,” GLAD’s Jennifer Levi said of the manual in January. “So I look at this as a positive step to making sure these policies get implemented.”

The DOJ’s response to the lawsuit, though, indicates that they are looking at reversing these protections. The response did not defend the policies themselves, but instead argued that the plaintiffs “have not exhausted their administrative remedies” available under current law and that the plaintiffs have not met their burden of proof that their safety has been threatened.

About the policies themselves, the DOJ’s response said that the new director of the Bureau of Prisons, who has not yet taken office, “will evaluate the issues in this case and how the challenged regulation and policies apply to Plaintiffs.”

The case is being heard by judge Reed O’Connor, who has already issued an injunction preventing the Department of Health and Human Services from enforcing anti-discrimination rules protecting transgender people in health care.