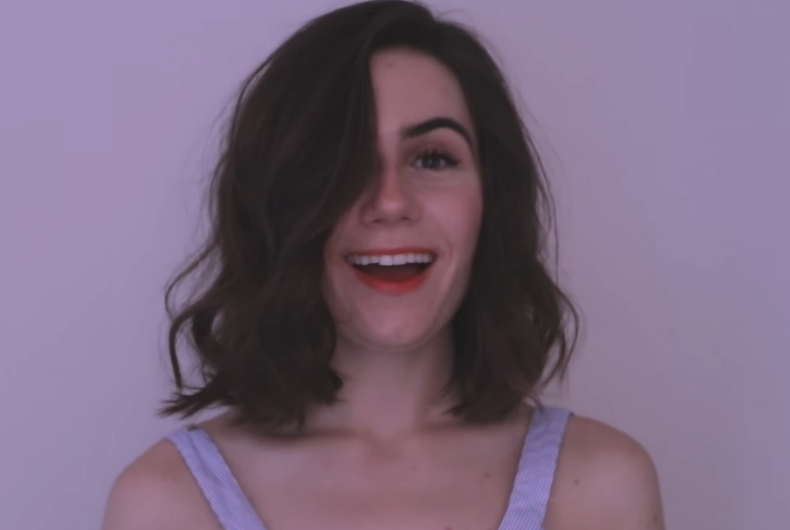 British YouTuber Dodie Clark wrote and performed a song to come out as bisexual.

Clark herself has been out for some time, so this song isn’t her way to come out to her over 1 million followers.

Bi as fuck and proud

The song was produced with support from Skittles, which released limited edition “rainbow-less” candy for Pride Month.

Texas dad talks about his transgender son in this amazing video