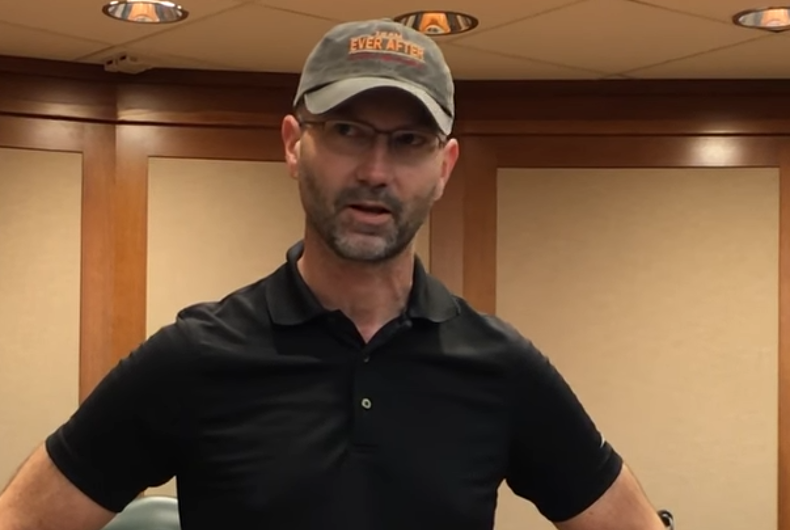 Ken Ballard of Little Elm, Texas, spoke before the Texas legislature earlier this year about his transgender son. Equality Texas re-posted the video this week, and it has become an internet hit.

Ken talks about how his son Ash attempted suicide twice while in the process of accepting that he was transgender, which was when Ken found out that his son was only playing the role of being his daughter and couldn’t keep it up.

“Am I going to be his bully?” Ken asked himself. He instead became his son’s advocate.

The Texas legislature has been trying to pass a bathroom bill this past year. The Republican speaker of the Texas house recently said that he opposed the bill because he didn’t want “a suicide on my hands.”

YouTuber Dodie Clark comes out as bisexual… in song

‘Gender reveal’ parties are real, and they sound awful