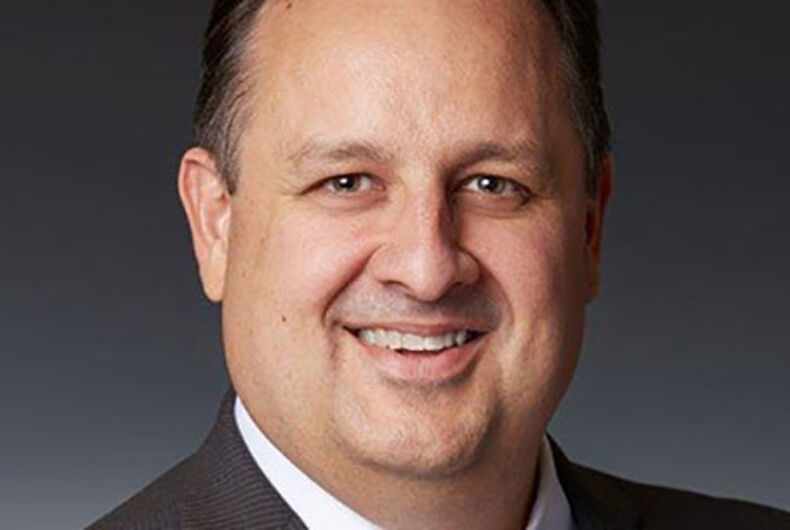 Score another victory for Donald Trump and his “Fuck you, we’ll do whatever the hell we want” White House.

Walter Shaub, the embattled ethics sentinel who repeatedly challenged the president and members of the Trump administration on conflicts of interest announced his resignation Thursday.

Appointed to a 5-year term as director of the Office of Government Ethics by then-President Barack Obama after serving in the George W. Bush administration, Shaub is leaving one year early to work for a non-profit that focuses on election law and campaign financing.

“The current situation has made it clear that the ethics program needs to be stronger than it is,” Shaub told NPR Thursday. “At the Campaign Legal Center, I’ll have more freedom to push for reform. I’ll also be broadening my focus to include ethics issues at all levels of government.”

And we won’t have to deal with Trump, Kellyanne Conway, Steve Bannon or any of Trump’s children. His role was to be a watchdog but in reality he was all bark, no bite. The ethics office can only advise — not enforce rules.

Shaub has been sharply critical of the president since the election. In late November, his ethics office official Twitter handle began posting tweets that mimicked Trump’s style, exclaiming: “Brilliant! Divestiture is good for you, good for America!”

Satirical, sure, but ultimately, Trump opted to avoid total divestiture, and instead moved his business interests into a trust run by his sons and a longtime business associate. Trump is the sole beneficiary of the trust. Since the 1970s, presidents have moved their assets into blind trusts run by third parties.

As NPR reported, Shaub also caused a stir in a January speech at the Brookings Institution, preceding Trump’s inauguration, by declaring the incoming president’s plan to avoid conflicts of interest “doesn’t meet the standards that the best of his nominees are meeting and that every president in the past four decades has met.”

Later, Shaub took presidential aide Kellyanne Conway to the woodshed for plugging Ivanka Trump’s products in a live TV interview, as CNN reported. He also raised doubts about ethics waivers that the White House granted to its own employees, including one that he called “problematic” because it wasn’t signed or dated, and seemed to offer Bannon a grandfather clause regarding his Breitbart dealings that is unheard of in government. The White House fired back: “The Office of Government Ethics needn’t be concerned with how the White House implements its own conflicts of interest policy, over which it has zero authority.”

Even so, the tussles sparked Shaub’s unexpected popularity, with tee shirts and social media memes, and spurred a flood of inquiries from the public for the previously unknown agency.

During the six months between October 2008 and March 2009, as the Obama presidency was taking shape, the office recorded 733 public contacts, such as calls, letters and emails. During the October 2016 to March 2017 period in the Trump era, it was swamped with 39,105 contacts — an increase of 5,235 percent.

Shaub’s resignation is effective July 19. The White House did not comment on his resignation. But now that it can install its own stooge in that position, an announcement of some kind is anticipated.