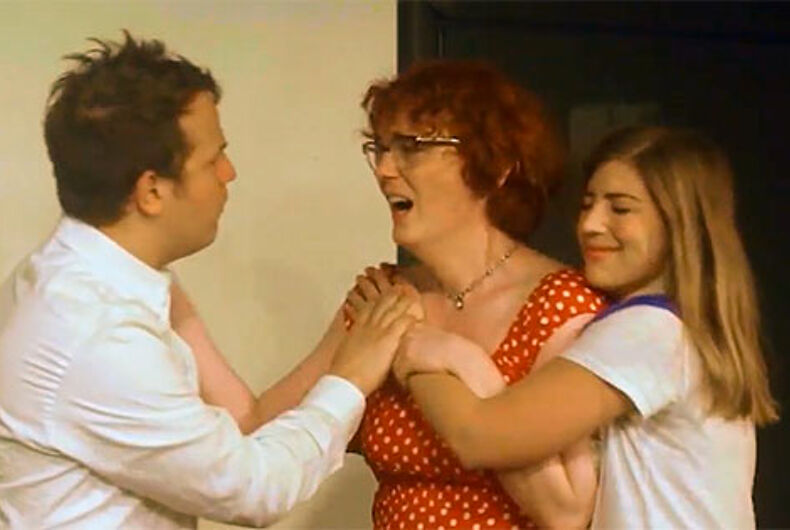 If you’re at work and hitting that “it’s not yet quitting time but my mind is… blerg” zone, we’ve got just the thing to get you back on track, with a smile and a feeling that once again all will be right with the world.

Okay, yeah, maybe that’s promising too much… but this really is going to make you smile.

It’s a short comedy video from New York City’s own Upright Citizens Brigade, a comedy troupe that performs in the Chelsea neighborhood of Manhattan. UCB’s Jason Sweeten tweeted a link to the YouTube video at us, and so we thought we’d share.

The sketch, written by Sweeten and featuring Chloe Marsh, Dan Fox, Anna Callegari, Doug Widick, Nanie Mendez and directed by Matt Fisher, introduces the audience to a dad and a mom waiting for their adult child to join them at the dinner table. Their dinner is ready but the missing child is delayed beyond what they would expect for a quick run to the bathroom.

That’s when there’s a surprise — followed by an even bigger one.