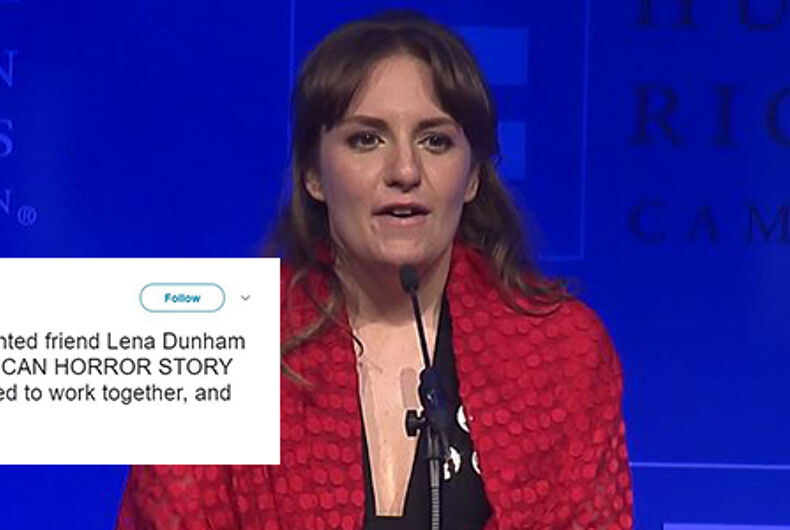 Lena Dunham is joining the cast of 'American Horror Story' for its 7th season.Photo: YouTube, HRC/Twitter

Fans are still left to speculate on the title of season 7 of American Horror Story, but co-creator Ryan Murphy dropped a big piece of news via Twitter on Thursday night.

Lena Dunham, creator and star of Girls, which recently wrapped up its six season run, will join the cast, marking a collaboration Murphy said they had both been hoping to make happen for a long time.

Dunham will join a cast that will also include Sarah Paulson, Cheyenne Jackson, and Evan Peters, all of whom have been on the series in past seasons, as well as Billie Lourd, who had a breakout role in Murphy’s Scream Queens, and Billy Eichner.

This season’s title is reportedly based on the 2016 presidential election. It will be announced sometime today.