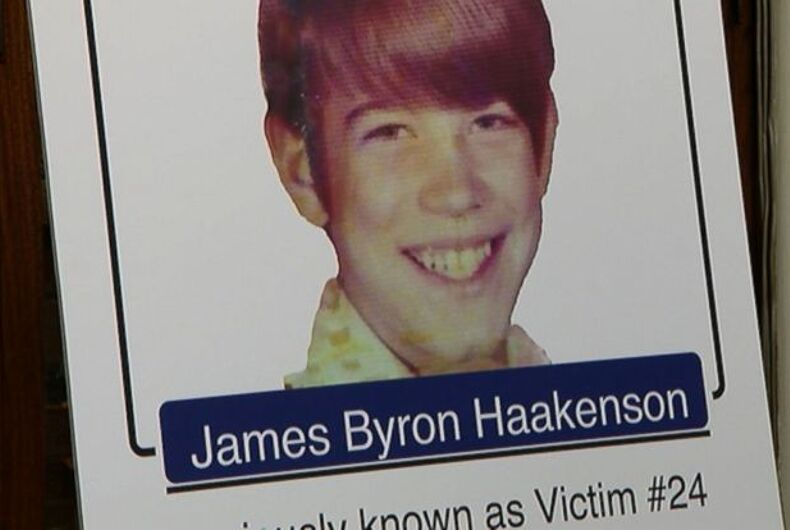 James Byron Haakenson, a 16-year-old runaway from St. Paul, Minnesota, met a grisly fate shortly after arriving in Chicago in 1976. The young man called his family right after he made it to town and was never heard from again.

In December of 1978, police arrested John Wayne Gacy, a serial killer who sexually tortured and killed at least 33 young men and boys over the course of six years. 27 of his victims were buried in a small crawl space under his house.

While his mother spent years trying to find out what happened to her son and had a hunch that Haakenson was among the victims, she died without ever finding out the truth. The Cook County Sheriff’s Department this week contacted his family to confirm that after extensive DNA testing, his body was one of those buried beneath Gacy’s house.

“It’s not every day you heard this: A monster murdered your brother,” his sister, Lorie Sisterman, told Chicago’s CBS affiliate. “It’s just not an everyday, normal conversation that you have with a detective from a different state who tells you this awful news.”

Sisterman’s DNA was used to positively identify the body.

Haakenson’s body was the 24th pulled out of the crawl space. Six other victims are still unidentified.