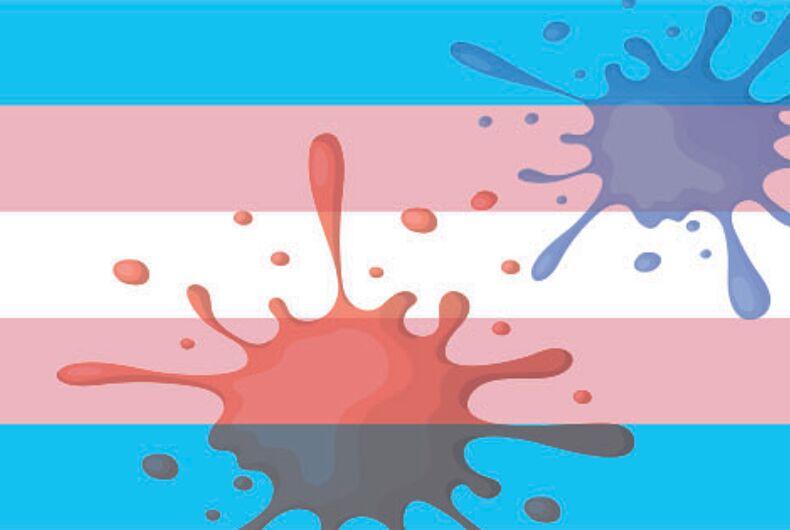 Philadelphia Police are looking for a suspect they believe may be targeting transgender people with violence.

The latest attack came Thursday afternoon, when one or more occupants of a dark grey Infinity fired a paintball gun at a couple walking down the street, WPVI-TV reports. An hour later, paintball shots were apparently fired from the same vehicle at residents of Morris Home, an alcohol and drug treatment center for transgender people, who were sitting on the front porch. Three people were hit.

“They had welts on their bodies which shows visible signs of injury, but fortunately, they haven’t received medical treatment, but they are in a little bit of pain,” Philadelphia Police Lt. John Walker told the station.

The victims said they believed they were under real gunfire and heard the assailants laugh as they drove away. Shooting a paintball gun at someone can be considered assault with a deadly weapon.

This was the third attack on transgender people in recent weeks, with many seeming to focus on the residents and staff of the Morris Home. The treatment facility is named after Nizah Morris, a transgender woman who was killed in Philadelphia in 2002.

“On July 4th,” Walker said, “a couple residents were sitting on the porch and they believe a neighbor resident walks by and throws an M-80 on the porch, scares them.”

An employee of the treatment facility was also attacked in a separate incident where a firework was thrown at her while she waited for a trolley.

While police don’t know for certain that the attacks were motivated by bias against transgender people, they are investigating that possibility. Regardless of the reason, police noted that everyone has a right to feel safe.

“They should have the right to sit on the porch and right to walk around this neighborhood without feeling harassed or threatened,” Walker said.

Police are looking for a newer-model dark gray Infiniti with tinted windows.

The homophobic baker case is about more than just cake