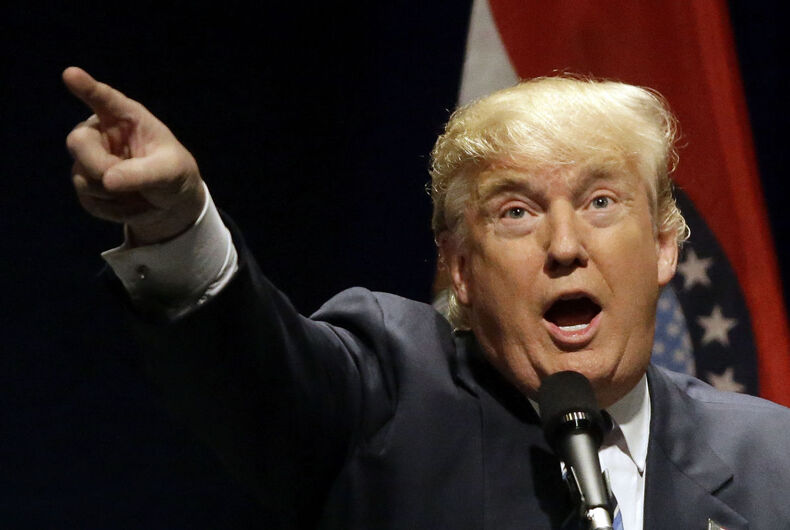 Today it was announced that some of President Trump’s biggest defenders are exiting stage right.

Kasowitz and Corallo depart at the same time Trump is looking into pardons, as the investigations into his connections with Russia intensify.

Spicer is reportedly upset over the hiring of new White House communications director Anthony Scaramucci, as well as being thrown off by the firing of former FBI director James Comey. Trump, as the lone wolf figure that he is, appears to have made that decision hastily and decided it wasn’t all that important to inform his representatives who would have to answer to the press.

Back when Trump thought he could control Comey, he praised him. When he could no longer control him, he insulted him and bragged about firing him to his friends the Russians in the Oval Office. At that same meeting, he spilled security information from actual ally Israel.

It sent two clear messages: Trump doesn’t care about the country’s allies, only his own, and our allies would be wise to keep us in the dark.

Trump stays on the attack, further isolating himself

Since then, Trump has gone after Attorney General Jeff Sessions for recusing himself from the Russia investigation, calling it “unfair.” Trump is also unhappy with special investigator Richard Mueller, leading many to question if the president will try to fire him.

Trump has reportedly never been a man who fostered close personal friends. Those who know him best describe as only forming and maintaining relationships in a transactional manner.

He is only interested those who can offer him something, and those willing to sing his praises, a requirement for all those around him. This was his philosophy as a private citizen and businessman, and it is has also been his approach as the president.

This is evidenced in his making friends with Russian President Vladimir Putin, whose government so clearly interfered in the 2016 presidential elections in Trump’s favor that even he has had to admit it, while criticizing our allies.

He further alienated himself by his embracing of Putin, his decision to pull the United States out of the Paris Accords, and his penchant for talking up “American Exceptionalism” and “America First” philosophies.

Back in March, he couldn’t even bring himself to shake German Chancellor Angela Merkel’s hand.

Trump isn’t anyone’s ally, he only plays one when necessary

Ironically, Trump is called charming about as often as it’s pointed out that he doesn’t seem to have friends.

That’s because Trump is good at playing ally when it suits him, and provided he is never made to feel challenged or slighted.

He was happy to wave a rainbow flag around and promise to protect the LGBTQ community during the campaign, when he wanted our vote, but has shown his true colors since then. His administration is filled with anti-LGBTQ Cabinet members, he wants to make massive cuts to HIV/AIDS funding, he couldn’t be bothered to honor pride month, and has rescinded transgender student protections.

Perhaps he took note of exit polls stating he only 14 percent of the LGBTQ community voted for him, which is less than what previous Republican candidates for president managed to grab.

Considering his obsession with who did and did not vote for him, it is likely he is aware of this statistic.

The phony friendships are fading, and Trump is looking more and more isolated, threatening to take the country with him, as our allies are left to wonder if they can trust us.

Trump reportedly wields so little power these days that a Republican senator told The New York Times that he doesn’t even scare the pages, and is in no position to pressure lawmakers into passing the health care bill, or any other piece of legislation he might get behind.

However this ends for Trump, in impeachment, resignation, or just a lame duck presidency that ends after one term, it is starting to become clear that his options for yet again pulling it out of the bag at the last minute grow dimmer by the day.

Perhaps if he formed real bonds, realizing that long term connections are more valuable than short term gains, his situation would be less dire.

Trump’s usefulness to the Republican Party, always questionable, is starting to wear thin. Even lawmakers in districts that showed strong support for candidate Trump may think twice about continuing to hitch their fate to his fading star.

As it stands, the only people likely to stand by his side when all of this is over are his own family members.

And apparently he has even rendered their lives miserable.

At least they can hold out hope for that pardon.