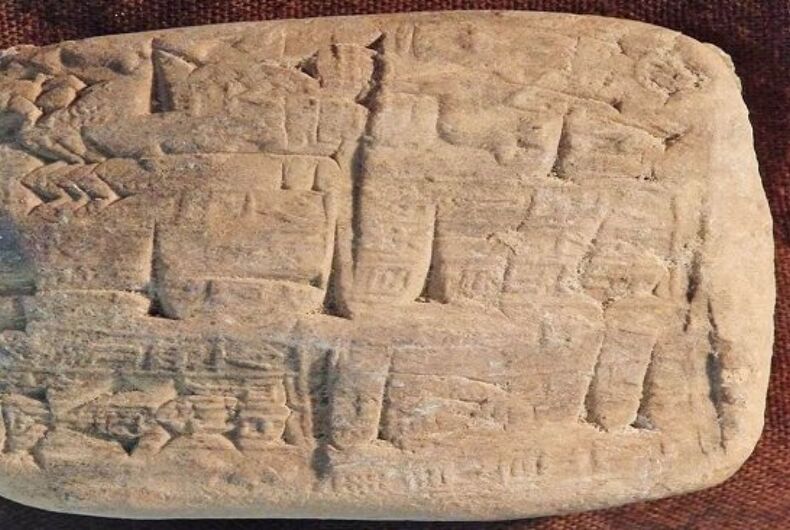 Ancient artifacts were smuggled from the Middle East, reportedly by mislabeling them. Photo: U.S. Attorney's Office for the Eastern District of New York

Hobby Lobby Stores has agreed to pay a $3 million federal fine and forfeit thousands of ancient Iraqi religious artifacts smuggled from the Middle East that the government alleges were intentionally mislabeled for import, federal prosecutors said.

The Oklahoma City-based craft store chain’s devout Christian owners have long shown an interest in the biblical Middle East and started to collect artifacts from the region in 2009, according to a civil complaint filed in New York on Wednesday. Hobby Lobby President Steve Green is the owner of one of the largest collections of religious artifacts in the world and is building a Museum of the Bible in Washington, D.C., due to open in the fall.

Green said in a statement that the company cooperated with the government and “should have exercised more oversight and carefully questioned how the acquisitions were handled.”

Hobby Lobby executed an agreement to purchase over 5,500 artifacts in December 2010 for $1.6 million, the complaint says. Prosecutors said acquisition of the artifacts “was fraught with red flags” and that packages bore shipping labels that described their contents as “ceramic tiles.”

Importing Iraqi cultural property into the United States has been restricted since 1990 and banned outright since 2004, according to the complaint. Under Iraqi law, all antiquities found in Iraq are considered property of the state and private people cannot generally possess them without authorization of the Iraqi government, the complaint says.

A dealer based in the United Arab Emirates shipped packages containing the artifacts to three different corporate addresses in Oklahoma City. Five shipments that were intercepted by U.S. customs officials bore shipping labels that falsely declared that the artifacts’ country of origin was Turkey.

In September 2011, a package containing about 1,000 clay bullae, an ancient form of inscribed identification, was received by Hobby Lobby from an Israeli dealer and accompanied by a false declaration stating that its country of origin was Israel.

Hobby Lobby consented to the fine and forfeiture of thousands of tablets and bricks written in cuneiform, one of the earliest systems of writing, as well as other artifacts that prosecutors say were shipped without proper documentation, the complaint says.

“Our passion for the Bible continues, and we will do all that we can to support the efforts to conserve items that will help illuminate and enhance our understanding of this Great Book,” Green said.

It’s not the first time that religious beliefs have put Hobby Lobby in the headlines.