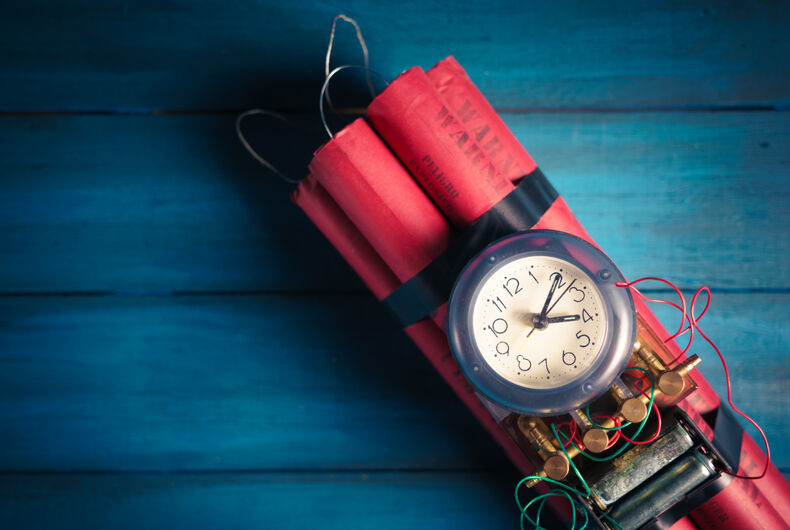 Preliminary reports of President Donald Trump’s proposed budget for fiscal year 2018 show a radical restructuring (decimation) of the Department of Education. With all the scandals and controversies swirling throughout the White House, important and potentially destructive policy initiatives are going virtually unnoticed through the efforts of our Diverter-In-Chief.

If Trump and his anti-public education co-conspirator, Secretary of Education Betsy DeVos get their way, $10.6 billion will be eliminated from federal education initiatives. These cuts will include slashing by half financing for college work-study programs, elimination of public-service loan forgiveness, and reductions by hundreds of millions of dollars for public school mental health, advanced coursework, teacher training, after-school programs, and other services.

The Trump administration wants to divert some of these funds, approximately $1.4 billion, to expand corporate for-profit charter schools and voucher schemes for private and religiously-based parochial schools.

The President, through his chief advisors, such as Steve Bannon, subscribe to the economic/political philosophy that has come to be known as “neoliberalism,” which centers on a market-driven approach to economic and social policy, including such tenets as reducing the size of the national government and granting more control to state and local governments; severely reducing or ending governmental regulation over the private sector; privatization of governmental services, industries, and institutions including education, health care, and social welfare; permanent incorporation of across-the-board non-progressive marginal federal and state tax rates; and possibly most importantly, market driven and unfettered “free market” economics.

Trump’s attempts to deregulate and privatize education is reflected in his choice of highly controversial billionaire Betsy DeVos to head the U.S. Department of Education, who has a history of advocating for a voucher system for private education and emphasizing charter schools at the expense of public education. Recently, she was charged with plagiarism. At her Senate confirmation hearings, she was roundly criticized for her lack of even basic knowledge on teaching and pedagogical issues that any college sophomore education major would know.

Donald Trump underscored his own attitudes on the importance of education when he admitted to The Washington Post that he does not read: “I never have. I’m always busy doing a lot. Now I’m more busy, I guess, than ever before.”

Rather than concern himself with the “Three R-s”, Trump relies on the “Four I-s” (Impulsiveness, Instinctiveness, and Intuition in his I-first world view) when making decisions. He has never read a biography of any of our past presidents, and his grasp of U.S. and world history is insignificant at best.

Within our neoliberal age, our schools are run more like business factories where the classroom serves as the assembly line that would even make Henry Ford proud. This follows the primary tenets of one of the major proponents of neoliberal economics, Milton Friedman:

Our elementary and secondary education system needs to be totally restructured. Such a reconstruction can be achieved only by privatizing a major segment of the educational system — i.e. by enabling a private, for-profit industry to develop that will provide a wide variety of learning opportunities and offer effective competition to public schools.”

This corporate-type structuring of the university and public schools, in the context of shrinking state and national educational subsidies even as student enrollment has increased, however, has compelled many state-supported universities and public schools to increase class sizes and increasingly tap into an adjunct faculty pool of lower-paid and overworked educators “teaching” lecture-style courses over dialogic or constructivist pedagogies, and whose only real assessment option is the standardized textbook-publisher constructed “objective” testing requiring memorization and regurgitation of facts over critical thinking and analysis.

Trump’s plan will only increase these problems. But rather than continue our trajectory down the tenuous and highly questionable road of neoliberalism in education, we might at least consider reinitiating, in updated ways, some of the theoretical and practical educational pedagogical strategies of the preeminent “progressive” educational thinker, John Dewey.

What he said a century ago (1900) about the “old education” could serve as a critique today about neoliberal educational policy:

…the old education: its passivity of attitude, its mechanical massing of children, its uniformity of curriculum and [pedagogical] method. It may be summed up by stating that the center of gravity is outside the child. It is in the teacher, the textbook, anywhere and everywhere you please except in the immediate instincts and activities of the child[ren themselves].”

Dewey, an early educational reformer, saw that this was true “in the elementary school up through the college.” He and other members of the Progressive educational movement wanted to create schools as more effective agencies of a democratic society.

They stressed the importance of the emotional, artistic, and creative aspects of human development. They insisted that education must continually connect to and reconstruct the students’ living experiences, with the student as the center of concern, respecting human diversity where individuals must be recognized and respected for their own abilities, interests, ideas, talents, and cultural identities.

They emphasized the development of critical, socially-engaged intelligence allowing all individuals to understand and better participate in the affairs of their communities, their country, and their world. This progressive approach signaled a distinct shift in U.S.-American education, which promoted cultural uniformity rather than diversity, and the development of obedient, rather than critically analytical and fully thinking residents.

Dewey saw two primary roles of the teacher/professor: to guide students through the complexities of life and give them opportunities to learn in a “natural” way, by solving problems that were relevant to their own experiences; and to enable students to manage contemporary conditions and new demands that might be placed upon them. Overall, the mission of the school to Dewey was to discover ways of breaking down barriers between schools and students’ communities.

Possibly by returning to Dewey’s recommendations for public education, and abandoning our current path over the cliff of neoliberalist deregulatory and privatization, we may create dynamic and engaging settings for bringing teaching and learning for democratic and critical engagement into our times.

Target hits back against the binary with gender neutral clothing line