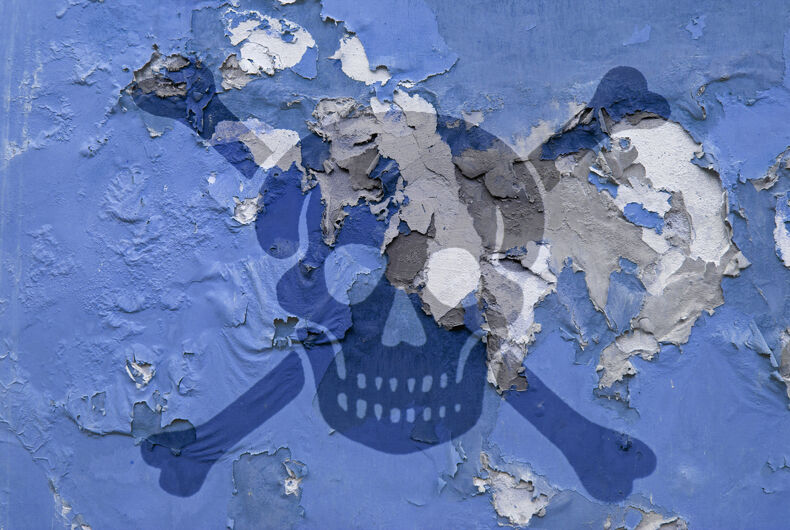 Hardly a day goes by without Donald Trump doesn’t do or tweet something outrageous. The Bizarro universe of the Trump White House is an ongoing affront to reality, but after more than five months of a Trump presidency the novelty has worn off. We’ve come to expect the strange and unpredictable behavior.

After all, few have benefited more from American democracy in recent years than the LGBTQ community. We’ve gone from pariahs, castigated as perverts and pedophiles by the same right wing that elected Trump, to insiders who serve openly and equally in the military and enjoy marriage freedom. And we did it that hard way, by changing hearts and minds over the last 50 years, person by person, results in unprecedented changes in public opinion that astonishes even the most seasoned political observers. Yes, we have a long ways to go, but making the political and legal system work in our favor has been our signature achievement, and that system is now under daily attack.

Putting aside how infuriating Trump has been in terms of appointments and policies (Neil “religious freedom” Gorsuch, anyone?), the president’s behavior has damaged our political structure in ways no one would ever have thought imaginable before.

It may be years before we can fully assess the damage–and Trump has at least three and a half more years to wreak it–but here are five ways that Trump has already caused the country (and LGBTQ causes) he leads tremendous, if not irreparable, harm.

The U.S. is a mighty power, but thanks to Trump, it’s influence has waned considerably. European leaders no longer feel the need to defer to, or at a minimum pay attention to, what the U.S. president says. As German Chancellor Angela Merkel has made clear, the Western democracies feel that they can no longer depend upon the U.S. China has been quick to take advantage of the vacuum created by Trump’s withdrawal from the Paris climate accord. Worst of all, his undying admiration for Putin and his anti-gay propagandists, is contrary to American principles. It’s not as if other presidents haven’t cozied up to tin-pot dictators, but Trump has chosen the man who wants to destabilize Western democracy (including our own election process) as his idol.

2. He’s made lying the language of the presidency.

From day one, Trump has been a fluent liar. Every politician spins, hedges and deflects, but Trump just tells out and out whoppers. The largest crowd at an inauguration ever. Three million illegal immigrants voted against him. Obama wiretapped him. He taped James Comey. Mika Brzezinski was bleeding from the face. These statements are so false that calling them lies doesn’t do them justice. They are not just lies–they are propaganda motivated by a deranged mind and malice. Unfortunately, we are becoming so accustomed to their frequency and outlandishness that we are becoming inured to them. The fact remains that before Trump we never would have dreamt a president would disrespect our intelligence to this degree.

3. He made bullying an acceptable trait.

Trump is a bully, with all the insecurities that go with it. He has to tear people down in order to make himself appear bigger. He uses social media to attack anyone who dares to question him, often in vulgar terms. If a teenager used Twitter the way Trump did, his parents would lock him out of his account. Unfortunately, we now have the president serving a role model for how best to be a cyberbully. How many Americans will think it’s okay to follow his lead? Certainly we have seen a huge increase in violence aimed at minority group, especially transgender people, and an upswing in anti-LGBTQ cyberbullying.

God knows, the mainstream press deserves a lot of criticism for its pack mentality and winner-of-the-day focus. Yet it remains the main check in our system on politicians’ excesses. Trump has branded reporters (except the no longer “fair and balanced” Fox) as purveyors of fake news. He portrays journalism as a lie in order to make his own lies appear true. No other president, no matter how much he hated the press, actually tried to destroy the institution itself as fake.

5. He’s changed the norms for what politicians can do.

It used to be that presidential candidates were expected to share their tax returns with the public. It used to be that presidents were expected never to use the office to enrich themselves. It used to be the president would appoint qualified people to high-level position. The presidents and his aides, no matter their ideology, were sacrificing for the public good. Then came Trump, whose taxes are a mystery, who is profiting from his presidency, and who names people like his family’s event planner to significant political positions because of their loyalty.

All of this behavior used to be beyond the pale. But Trump has established a precedent, and now there’s ample reason to believe that an equally scuzzy politician in the future could use it as a template.