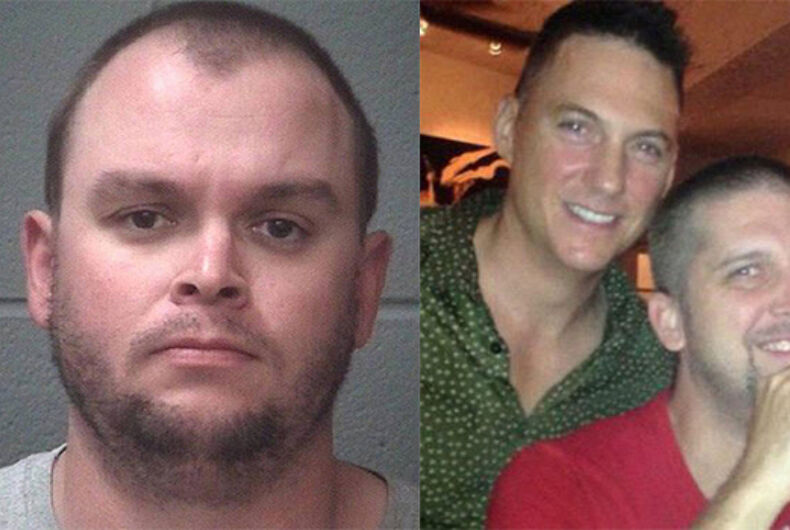 A North Carolina man who attacked a gay couple in Key West, Florida, while shouting anti-gay slurs and telling them they were “in Trump country now,” has avoided jail time.

Brandon Ray Davis was drunkenly riding his scooter on February 23, and Kevin Seymour and Kevin Paul Taylor watched as he almost drove out into traffic. When Seymour called out to him, Davis turned violent.

Davis said the couple “probably voted for that bitch Hillary,” called them “faggots,” and followed them, before driving his scooter into Seymour’s rear bike tire, sending him flying.

Davis then told the men that if they called the police he would “cut that faggot body up.”

“I tried to save this man’s life,” Seymour told the judge. “He tried to end mine.”

In court, Davis sang a starkly different tune, instead asking for those bodies to hold him.

“My heart goes out to you guys, every bit of it,” Davis told Taylor and Seymour. “I’m asking you to come put your arms around me, take my hand.”

The couple sat quietly, denying him his request.

Originally arrested for felony aggravated battery, Davis was allowed to plead guilty to a lesser charge and was sentenced to four years probation and 75 hours of community service, a portion of which must be LGBTQ-related.

He is also banned from drinking alcohol for two years, must undergo both psychological and substance abuse evaluations, and is required to take anger management classes.

Davis admitted to his actions in court, but claimed they were out of character. Similar testimony was given by his fiancé and two family friends before the court. Davis also supplied the judge with over 30 letters written on his behalf, including one said to have been written by an openly gay friend.

He also admitted to having a drinking problem, and asked Taylor and Seymour for their forgiveness.

The couple said they were unhappy with the verdict.

“At the end of the day he assaulted us,” Taylor said. “(He should spend) at least a few days in jail.”

Oregon now allows a third gender option on state IDs, but what does that mean?