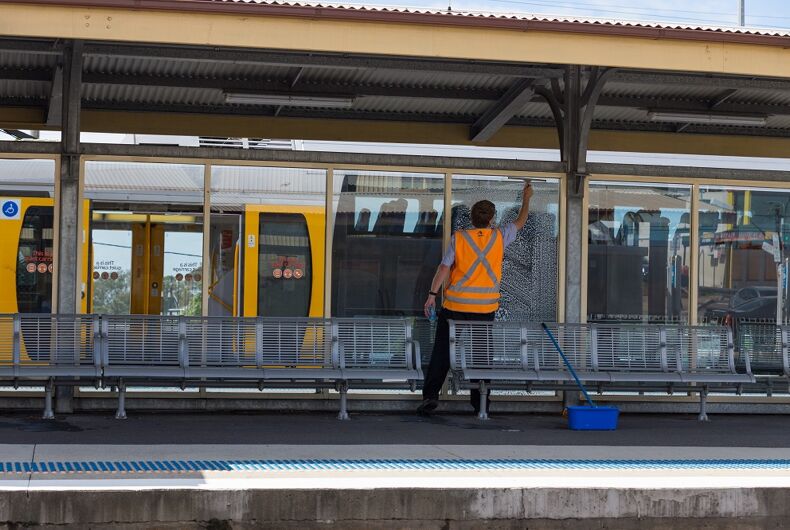 Shine Williams has been living as a man for 20 years. Seven years ago, he was subject to transphobic harassment and misgendering on the job, according to his lawsuit.

Court papers say that he was hired in 2010 as a cleaner by Metro-North, the commuter train that serves New York City’s northern suburbs.

Just a month after he was hired, someone complained to human resources about a “woman in the men’s locker room.” Metro-North looked into Williams’s records and found that his driver’s license said he was female.

After discovering this, Metro-North forced William to use his birth name, change locker rooms, and redo his paperwork with the gender he was assigned at birth.

For years, he says he was harassed and discriminated against. He says he was called “he-she” and a “hermaphrodite,” and taunted with references to Boys Don’t Cry.

Last October, a cisgender coworker grabbed him by the crotch and asked, “How does it work? How big is it?” She was arrested and charged with sexual abuse and forcible touching.

The suit alleges that Metro-North did “nothing” to stop the harassment. Williams is seeking unspecified damages.