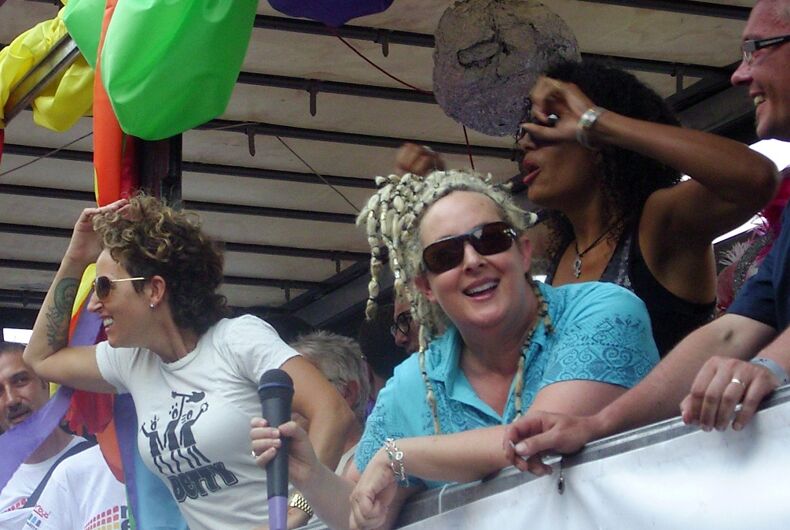 Thousands of people marched and danced down the streets of central Warsaw on Saturday to show their support for gay rights, calling for stronger defiance of discrimination and greater acceptance for same-sex unions and marriages.

Some 40 foreign embassies, including those of France and the United States, expressed their support for the parade.

Police estimated that about 13,000 people took part in the event, which is meant as a demonstration of tolerance not only for gays and lesbians, but also people with disabilities and other marginalized groups.

At one point, several far-right nationalists tried to block the parade but were removed by police.

Gays and lesbians continue to face significant discrimination in the mostly Catholic country, a legacy of the church’s stance and decades of repressive communism.

While cities such as Warsaw have grown more tolerant as contacts have increased with the West, most gay and lesbian couples are still too afraid to walk down the streets holding hands.