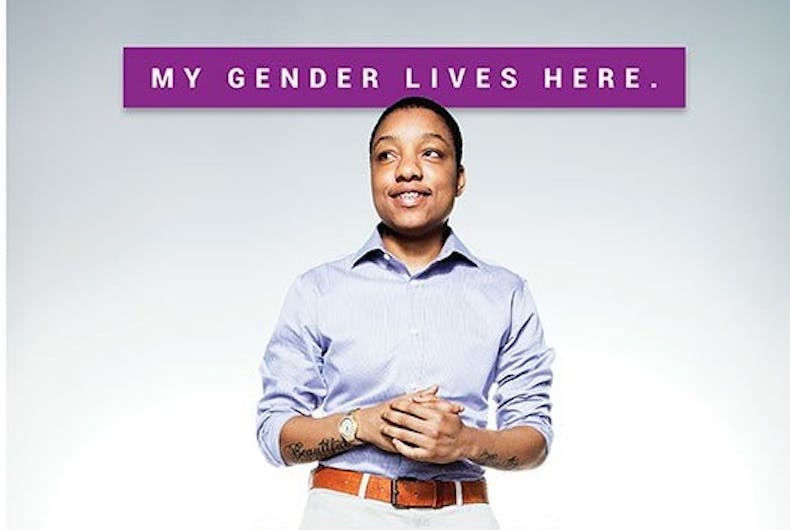 The Toronto for All campaign, in a partnership with the Black Coalition for AIDS Prevention (Black CAP), has put up ads in the city to address transphobia, especially prejudice against trans youth of color.

The ads feature a model with the words “My gender lives here” written across their heads and “Not here” across their crotches. Below, the ads say, “Transgender youth of colour are part of Toronto. Transphobia is not.”

“In addition to trans visibility, we wanted to tackle the issue of intersectionality – the idea that there are multiple oppressions and barriers that combine,” Robbie Ahmed, a spokesperson for Black CAP, told Now Toronto. “It’s not to say that other LGBTQ people don’t face these barriers, but trans youth of colour face oppressions related to their gender as well as race.”

Four models are featured in the ads.

Toronto for All is a partnership between the City of Toronto and community organizations. It has also run campaigns on islamophobia and racism against black people.

Military to seek another delay in opening doors to trans people