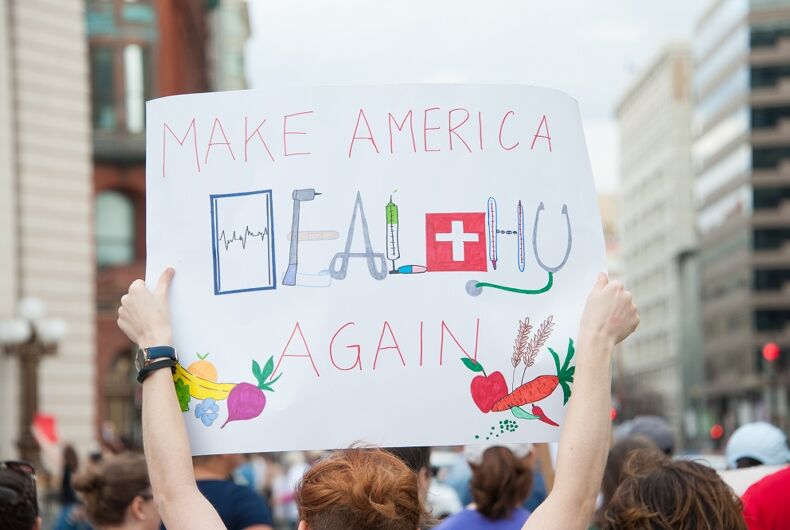 Six members of the Presidential Advisory Council on HIV/AIDS (PACHA) resigned this week in protest of Donald Trump’s apathy towards the epidemic and his attempts to take health care access away from people living with HIV/AIDS.

Scott Schoettes, HIV Project Director at Lambda Legal, wrote in Newsweek about why he and five of his colleagues decided to leave the PACHA. “The Trump Administration has no strategy to address the on-going HIV/AIDS epidemic, seeks zero input from experts to formulate HIV policy, and—most concerning—pushes legislation that will harm people living with HIV and halt or reverse important gains made in the fight against this disease.”

But most of all Schoettes is concerned about Trump’s attempts to take health care access away from the poor and the working class by repealing the Affordable Care Act (ACA). Before the ACA, many people with HIV couldn’t even buy health care (forget about affording it) because HIV is a pre-existing condition. Medicaid was difficult to access because a person had to have AIDS to be considered disabled and get coverage.

“Gains in the percentage of people with HIV who know their status, the percentage engaged in care, the percentage receiving successful treatment, and a decrease in new cases of HIV were seen in Massachusetts under Romneycare,” Schoettes explained. “We are beginning to see similar effects on a national level under Obamacare.”

Schoettes writes that he hopes members of Congress will consult the PACHA while working on health care legislation.

While there is an argument for do-gooders to take on or keep their jobs during the Trump Administration, this set of resignations makes sense. The PACHA provides recommendations; if no one cares about those recommendations, then they aren’t doing anything other than to provide window-dressing.