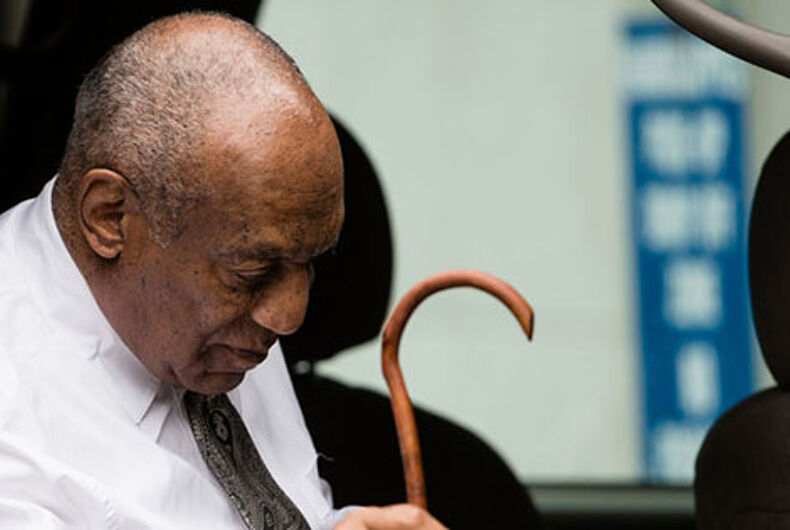 The judge in the sex assault trial of Bill Cosby declared a mistrial Saturday morning after exhausted jurors told him they were hopelessly deadlocked, media reports from Philadelphia said.

The jury had been at it since Monday, sometimes spending up to 12 hours a day deliberating whether the now-disgraced comedian and actor had sexually assaulted a lesbian woman in his home after giving her drugs that left her unable to stop him.

Prosecutors will now have to decide whether to retry Cosby on the charges at a later date, or let it go.

On Thursday, jurors told the judge that after four days of deliberations — 30-hours in all — they were deadlocked and unable to reach a unanimous verdict.

“We cannot reach unanimous consensus on any of the counts,” the note to Judge O’Neill said.

The judge summoned the jury into the courtroom and then read a new charge to the jurors.

“Each of you has a duty to consult with one another and to deliberate with a view to reaching an agreement,” he said, sending them back into deliberations.

The defense had asked for a mistrial, but on that day, Judge O’Neill denied it.

Andrea Constand, the lesbian who has accused Cosby of sexual assault, made a strong case and remained composed and calm on the stand. Cosby’s defense team spent most of its time during cross-examination of Constand trying to show the jury inconsistencies and mistakes in her account of the alleged assault 13 years ago.

Constand brushed off suggestions she and Cosby had a romantic relationship before that 2004 encounter at his suburban Philadelphia home.

She explained away the numerous phone calls they had afterward by saying she was merely returning Cosby’s messages about the women’s basketball squad at Temple University, where he was a powerful member of the board of trustees and she was at that time director of team operations.

Constand, 44, withstood some seven hours of testimony over two days, during which she told the jury that Cosby gave her three blue pills and then penetrated her with his fingers as she lay paralyzed on a couch, unable to tell him to stop.

Now, Montgomery County District Attorney Kevin Steele must decide whether to retry the case. As The New York Times reported, he’ll be faced with the same dilemma, weighing the complaints of dozens of women who have leveled similar accusations at Cosby, who had looked to this case as likely the only chance to hold him criminally responsible, against the chance he can win a conviction of the 79-year-old defendant who is fighting blindness, whose career and reputation are in tatters, and for whom a prison term could amount to a life sentence.