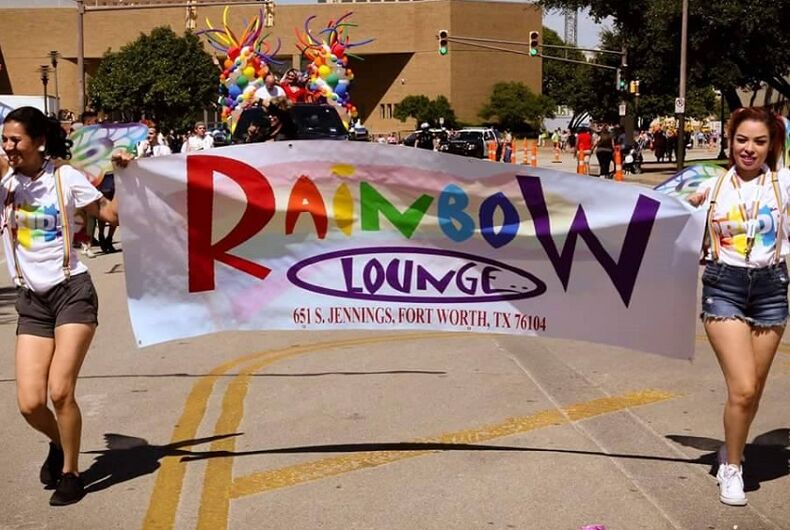 Investigators say a Texas gay bar raided in 2009 by alcohol enforcement officers has been destroyed in an apparent accidental fire.

Fort Worth Fire Department officials say the Rainbow Lounge was closed and unoccupied when the blaze broke out around 3 a.m. Thursday. Nobody was hurt.

A fire department statement says some employees were outside, after closing, and noticed smoke. Authorities are seeking the cause of the fire that’s being investigated as accidental.

The Rainbow Lounge was raided in mid-2009 by Texas Alcoholic Beverage Commission agents and Fort Worth police in a liquor license and public intoxication check. Several patrons were arrested. Two were injured. Charges were later dropped.

© 2017, Associated Press, All Rights Reserved.
This material may not be published, broadcast, rewritten, or redistributed.
News
Fort Worth, Rainbow Lounge, Texas