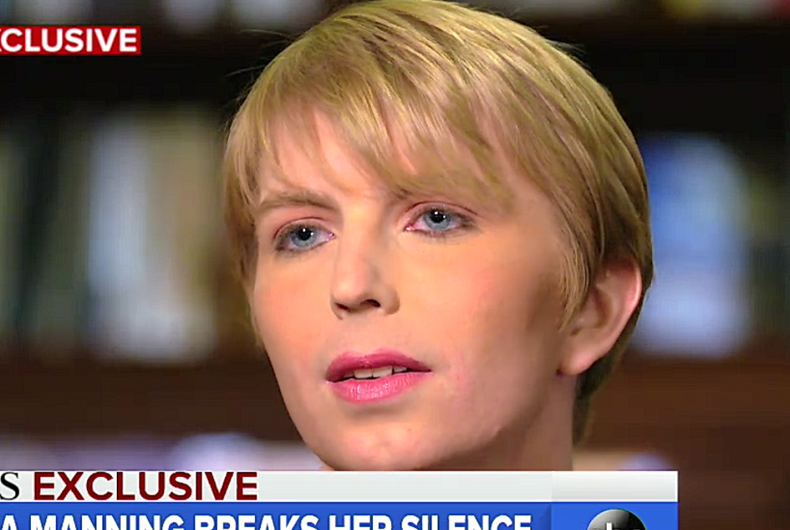 Chelsea Manning sat down for her first TV interview since her release from prison, where she took “responsibility” for releasing hundreds of thousands of classified documents and videos through Wikileaks. The documents included diplomatic cables, battle reports, and even a video showing military personnel killing two Reuters reporters.

Manning’s interview with Juju Chang will air on Nightline next week, but ABC has released a preview and a teaser.

About why she released the documents, Manning said, “I was getting all this information, and it’s just death, destruction, mayhem. And eventually you just stop… I stopped seeing just statistics and information and I started seeing people.”

Manning identified as transgender early in her sentence and sought medical help for her transition. Chang asked Manning why she fought for hormone treatments while in prison, and Manning responded simply: “It’s literally what keeps me alive.”

Republican candidate sends out homophobic flyer then lies about it