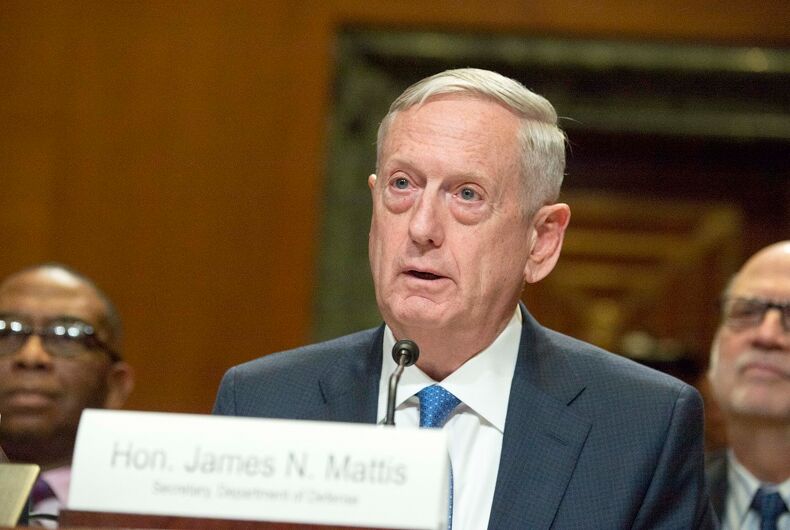 The Army and Marine Corps have requested delays of up to two years for their plans on accepting openly transgender recruits. The deadline for those plans is July 1.

The requests for delays were sent to Deputy Defense Secretary Robert Work and a Pentagon spokesperson said the requests were “narrowly focused on readiness to access transgender applicants,” not on current transgender servicemembers.

Several anonymous sources talked with USA Today about the nature of the requests. One said that the Army and Marine Corps are arguing that there isn’t enough data about transgender soldiers to decide whether they should be recruited or not. Another said that they are concerned about transgender people’s availability for deployment during medical treatments.

Last week, another anonymous source spoke to the Military Times and said that the Army is not trying to change the policy, but that certain “administrative questions” still need to be answered, “We had several questions for [the Office of the Secretary of Defense] seeking clarification on aspects of the policy that have not been addressed yet.”

If USA Today‘s anonymous sources are correct, though, it seems that the Army and Marine Corps are building a case to change the policy.

The Navy, though, is reportedly ready to accept transgender recruits.

Work asked the service chiefs to submit their plans by May 31 and said that the decision to accept transgender recruits would not be revisited unless it would “cause readiness problems that could lessen our ability to fight, survive and win on the battlefield.”

Conservatives saw that statement as an opportunity to curtail the Obama-era plan, and activists and politicians earlier this year signed an open letter stating that allowing transgender servicemembers to be open about their gender identities is “costly and distracting social engineering.”

Several retired generals, though, signed an open letter of their own asking for the military to allow transgender servicemembers to be open about their identities. Lieutenant Gen. Claudia Kennedy, Major General Gale Pollock, and Brigadier General Clara Adams-Ender said that if the main concern is military effectiveness, then the Defense Department should stay the course.

“Defense Secretary Jim Mattis has stated that he will make personnel decisions based on evidence about what best promotes force readiness,” the generals wrote. “If he is serious about that commitment, he will maintain existing policy and make clear that there will be no return to the days of forcing capable applicants to lie in order to serve their country.”