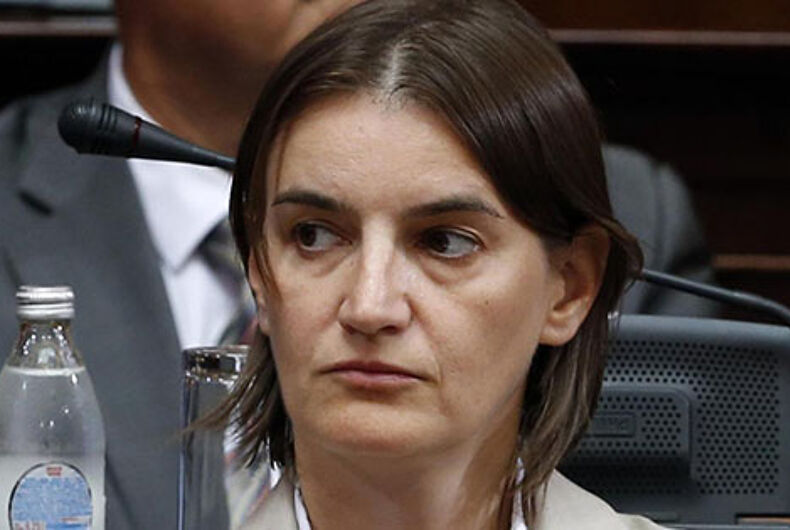 The world may have yet another out prime minister before Pride ends. Ana Brnabic, 41, is Serbian President Aleksandar Vucic’s choice for prime minister, a nomination that follows by one day Ireland’s formal election of its first gay premier.

Bnabic is a lesbian and was selected following what the president called “a difficult decision reached in the interest of Serbia and its citizens.” She currently serves as government minister of public administration and local government, an appointment that last year won kudos from human rights groups, given Serbia’s track record.

The country’s gay community suffers everyday incidents of outright discrimination, harassment and violence, and it is not a new phenomenon. Same-sex marriage is banned although it is not illegal to be gay or lesbian. Military service is off limits to LGBT Serbians, although the country does allow an annual Pride celebration.

Bnabic’s r nomination to prime minister-designate must still be approved by Serbia’s government, which will be decided next week, according to The Independent.

The former businesswoman of the year speaks both Russian and English and was named by Vucic as part of his pledge to do more to help Serbia’s embattled LGBT population.