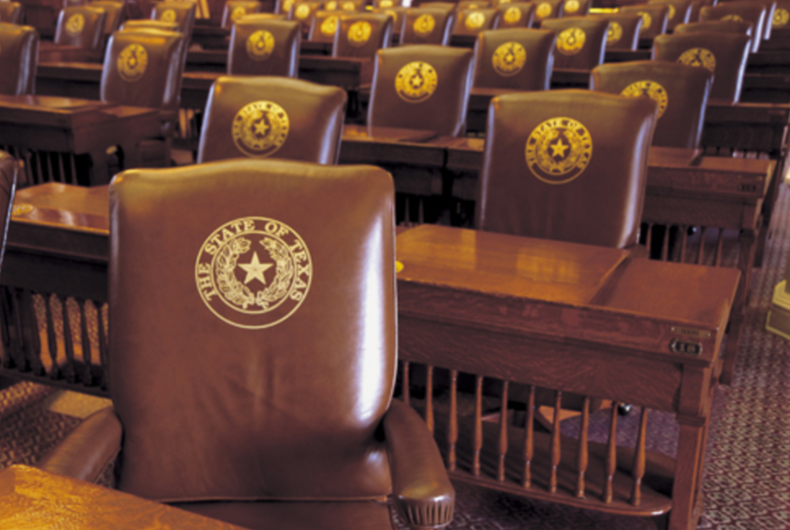 The Texas House has approved prohibiting government entities from compelling pastors and other religious leaders to divulge the contents of their sermons in civil legal cases.

The chamber used a simple voice vote Friday to pass a measure that cleared the state Senate in March. Final approval can come with a largely formulaic House vote Saturday.

A similar 2015 bill passed the Senate, but didn’t become law.

In 2014, the city of Houston sought to subpoena sermons and speeches by five Houston pastors who opposed a local gay rights ordinance. Those were dropped, though, amid outcry over freedom of speech and religion.

The “sermon safeguard” bill prohibits seeking written copies or audio recordings of religious orations “in any civil proceeding to which the governmental entity is a party.”

© 2017, Associated Press, All Rights Reserved.
This material may not be published, broadcast, rewritten, or redistributed.
News
freedom of religion, freedom of speech, Texas, Texas house of representatives