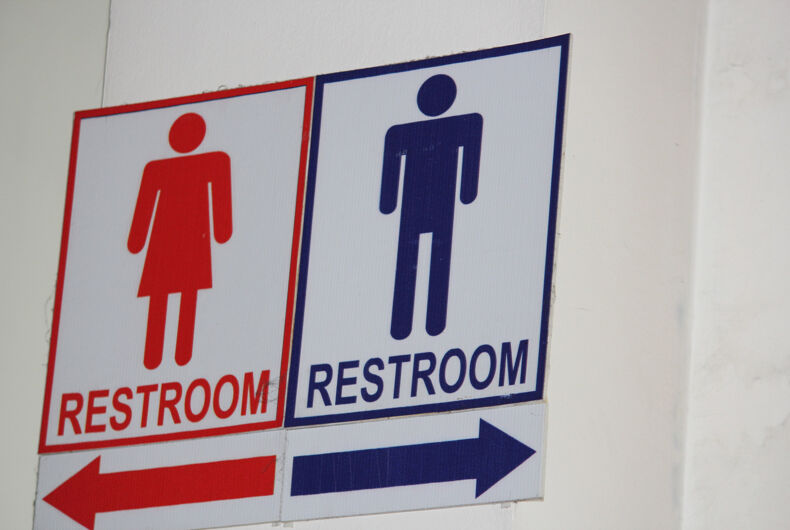 Politicians wishing to go after transgender bathroom rights are determined to go forward in spite of this setback. Photo: Public Domain

A bill that would have prohibited schools, and other political subdivisions, from passing or enacting policies allowing transgender individuals to use the bathrooms and locker rooms matching their gender identity failed to move ahead in Texas after missing a key deadline on Monday.

The House State Affairs Committee took no action on House Bill 2899, killing its chances of making it before a full chamber for a vote.

The bill was seen as having a better chance of making it through the legislative process than a similar one in the Senate, Senate Bill 6.

That bill would not only prohibit transgender individuals from using the bathrooms matching their gender identity in government-owned buildings, it would also nullify trans bathroom protections passed by cities in the state via nondiscrimination orders. Senate Bill 6 passed in March but has not been referred to a committee by House Speaker Joe Straus, who opposes it.

That doesn’t mean the issue is dead, however. Republican leadership remains committed to pushing the issue through, and will most likely try to do so through an amendment to another bill.

“I still am confident we will have an amendment opportunity,” said House Bill 2899 author Republican state Rep. Ron Simmons.

Simmons told the Dallas News it is “still an issue the state needs to address.”

“We still have three weeks left,” Republican Tony Tinderholt, a Republican House member and member of the Freedom Caucus, said. “We’re going to force the issue.”

Previous attempts in the House to add amendments limiting bathroom rights to bills have failed.

It is also possible that Gov. Greg Abbott could call a special session if the efforts are unsuccessful through the legislative session, although that option seems less likely.

Robert Morris, a pastor at a Dallas-area megachurch said Abbott contacted him and nine other churches to encourage them to tell their congregants to support the legislation.

The Texas Pastors Council told its supports to put pressure on Abbott to call a special session if a bill limiting transgender bathroom rights isn’t passed during the regular legislative session.