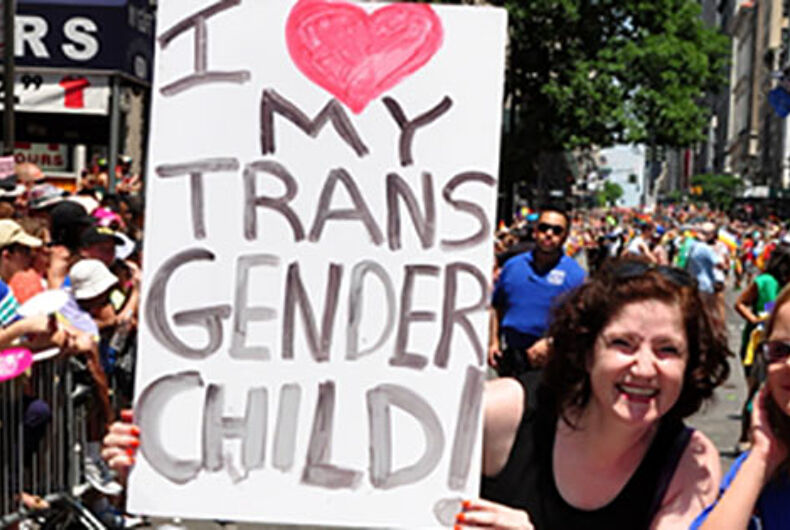 A research fellow at Yale Medical School took on one of the community’s staunchest enemies in the pages of Psychology Today, the leading national magazine devoted to the exploration of human behavior.

Jack Turban, whose writing on neuroscience and children’s mental health has appeared in The New York Times, and The Journal of the American Academy of Child & Adolescent Psychiatry among others, came straight out and called the American College of Pediatricians exactly what they are: an anti-LGBTQ hate group. He supports this with citations, from the Southern Poverty Law Center to amicus briefings the ACP filed with the U.S. Supreme Court and other jurisdictions.

Turban wrote that he found it “disturbing that news organizations and pediatricians are citing the ‘ACP’ as a reputable source.” Given that his article referenced the white supremacist anti-LGBT Breitbart News as a “news organization,” one would hope more fair and balanced journalists wouldn’t fall into the same camp.

But they do, and Turban explained why: to most observers, the very name of the ACP looks and sounds nearly identical to the legitimate leading organization in this field, the American Academy of Pediatrics, or AAP.

So what’s the difference?

For starters, the ACP “promotes false news and fabricated scientific reports,” wrote Turban. “Perhaps more chilling, the group has moved beyond its online reports, deeper into the political arena.”

Their reports have gained traction, despite clear criticism from physicians with actual expertise in the field. When asked about the ‘ACP,’ Dr. Scott Leibowitz, medical director of the THRIVE program at Nationwide Children’s Hospital and chair of the sexual orientation and gender identity issues committee for the American Academy of Child & Adolescent Psychiatry, did not parse his words, “It can hardly be a credible medical organization when it consistently chooses to ignore science and the growing evidence base that clearly demonstrates the benefits of affirmative care with LGBT youth across all ages.”

Then there’s that misleading information Turban accused the ACP of spreading: reparative therapy for LGBTQ youth is a good idea, gay parents are bad parents, affirming transgender youth is a bad idea.

He repeatedly showed how the group ignores major studies and twists data to suit its anti-transgender agenda. For example, Turban noted ACP claims that 97.8% of pre pubescent transgender children change their minds about being transgender after they hit puberty. This is based on a study from 1987, and researchers clearly explained why such studies are flawed — the kids in that study and others were never transgender to begin with. Besides, he wrote, pre-pubertal children do not receive hormonal interventions under Endocrine Society Guidelines. Only adolescents who have reached puberty do, and all existing literature suggests that transgender identity is stable after kids hit puberty.

Likewise, the claims by the ACP that puberty blockers make it impossible for trans kids to someday have biological children, he wrote. “This is false, and transgender teens receiving hormonal interventions are offered fertility preservation measures as explained in Endocrine Society Guidelines,” Turban explained, concluding with this plea:

I encourage news organizations and individuals to stop propagating the repeatedly denounced and factually incorrect reports from this organization. The health of LGBT youth depends on it.