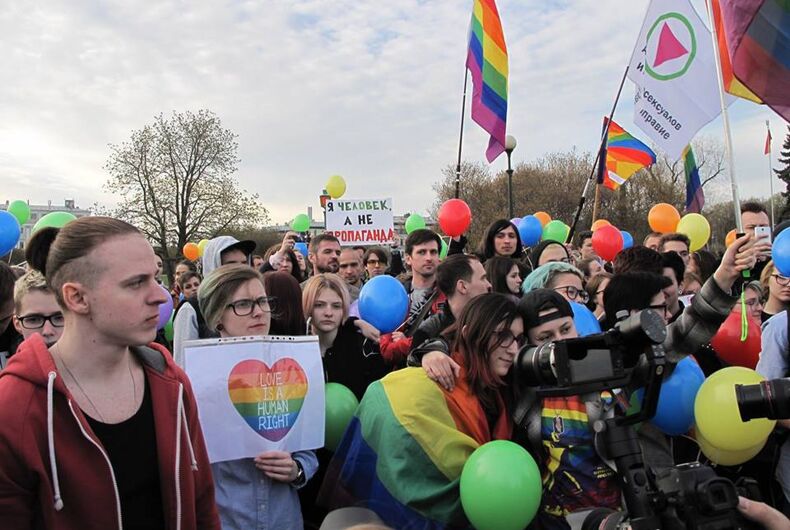 LGBT flashmob in St. Petersburg, Russia to protest the plight of gay men in Chechnya.Photo: Facebook

About 100 gay rights activists have held a flash-mob demonstration in the Russian city of St. Petersburg to observe International Day Against Homophobia, Transphobia and Biphobia and to call attention to claims of gay persecution and torture in Chechnya.

Although homosexuality was decriminalized in post-Soviet Russia, animosity toward gay people remains strong.

In April, the newspaper Novaya Gazeta reported that gay men in the republic of Chechnya had been tortured and killed by police. The claim, which Chechen authorities deny, sparked wide calls in the West for Russia to investigate.

Can the appointment of a special prosecutor sink Trump, help Dems rise in 2018?