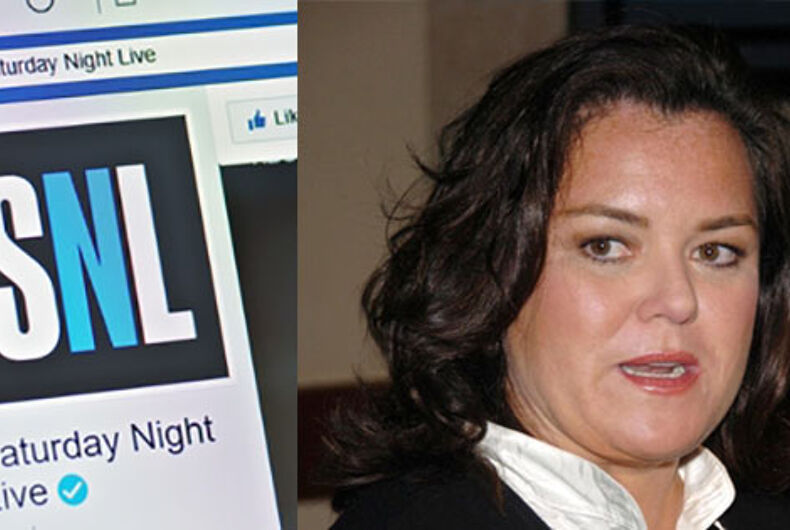 EDITOR’S NOTE: This story has been updated with a response from Rosie O’Donnell, via Twitter.

Rosie O’Donnell told LGBTQ Nation it’s “all ok” that she won’t be joining the ensemble team that has skyrocketed Saturday Night Live to ratings success this season by mocking key figures in the Trump administration, led mostly by Alec Baldwin, Melissa McCarthy and Kate McKinnon.

After the idea started trending on Twitter, O’Donnell offered her services.

I asked Lorne, “How come y’all aren’t bringing Rosie O’Donnell in [to play Bannon, per her plea on Twitter] or any of them to do it?”

But THR reports Michaels told her “no,” and also why it was “no.”

And he was like, “When you’re playing a character, you can’t play it from hate. You have to play it from funny, because when you play it from hate, it looks like you’re just being mean.” I love Rosie to death, but he might have been right on that one.

Wednesday night, O’Donnell tweeted a reply to LGBTQ Nation about the report:

This was a follow-up on a tweet one month ago, revealing she was resigned that she’d never get the chance to play Bannon.

i will never play him – really – he's scary dark – trump is moron – but bannon is evil – this photoshop piece is all i ever needed … pic.twitter.com/wDB7Z1oqpR