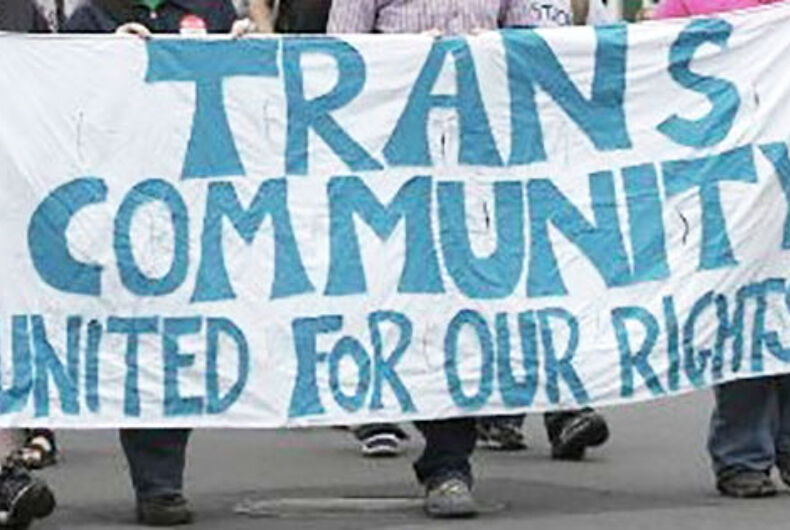 The Commonwealth of Massachusetts is gearing up for a change to its constitution that would put a stop to public campaigns designed to rob marginalized communities of equal rights.

“Fairness and equality can disappear when the majority determines the rights of a less powerful group,” said State Rep. Byron Rushing, according to the UK-based PinkNews.

If adopted, Rushing’s amendment would be applied to new laws being proposed as well as to the state charter.

According to the Gloucester Times, the state constitution already blocks petitions that are “inconsistent” with individuals’ rights set forth in the Declaration of Rights, a document similar to the U.S. Bill of Rights.

The amendment was endorsed by the Massachusetts Legislature’s Joint Judiciary last week and is expected to be added to the Constitutional Convention calendar for the current session.

The event that sparked the creation of this amendment was a successful petition by an anti-transgender activist, to put a question on the 2018 ballot to repeal a law that permits trans people to use public restrooms corresponding with their gender identity. That same law targeted by the activist also offered protections against anti-LGBTQ discrimination in restaurants and other places of public accommodation.

State Sen. William Brownberger — chair of the Judiciary Committee — endorsed the proposed amendment, saying it would prevent hypothetical ballot questions infringing on the “freedom to marry,” and could apply to “women’s rights questions in the future.”

However, Brownsberger said even if Rushing’s amendment is ultimately adopted, it will not be in place in time to affect the 2018 ballot question.

Woman found guilty for laughing at Jeff Sessions, faces a year in prison