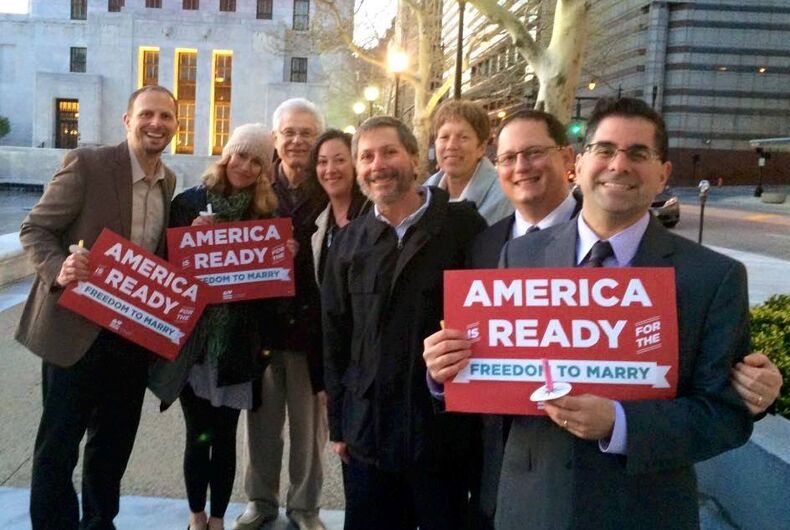 Lloyd, 62, and a transgender woman, found God at North Congregational United Church of Christ in Columbus. God and the church filled a void in Lloyd’s life she didn’t know was there, and now she hopes to help others fill the same void.

Lloyd will often ask transgender friends if they would go to church if they could find one that accepts their gender identity. If the answer is yes, she goes on the hunt for a church, testing each by its reaction to her.

Although churches are becoming more accepting of transgender people, she said, it’s no easy task.

Lloyd said many friends “have felt some type of discrimination from churches they attended or tried to attend.” She counts herself lucky not to have experienced discrimination.

Rejection or discrimination by a faith community can have “profoundly negative” effects on transgender people, said Justin Tanis, managing director at the Center for LGBTQ and Gender Studies in Religion in Berkeley, California. “People equate it with being rejected by God; it’s devastating. It can certainly lead to people rejecting the entire idea of faith.”

Faith communities can be important for transgender people because of discrimination they face in daily life, Tanis said.

Forty-one percent of respondents in a survey titled “Injustice at Every Turn: A Report of the National Transgender Discrimination Survey” reported attempting suicide, compared with 1.6 percent of the general population. The rate was higher among transgender people who had lost a job because of discrimination, were harassed or bullied in school, had a low household income, or were victims of physical or sexual assault.

“A faith community that is a safe haven can be an incredible gift to any marginalized community,” Tanis said.

Lloyd is an example of that. She said she doesn’t know where she’d be without her church and the community it has provided.

Although churches are often sources of discrimination, there is good news. Forty-two percent of people who were rejected by a faith community found a new, accepting one, according to the US Transgender Survey. The survey’s section on faith concludes by stating that many people were able to find “welcoming and supporting communities” even though many others had negative experiences.

Churches have become more open to differing gender identities since gays and lesbians won the right to marry, Lloyd said. “Once that came about, we were having churches say, ‘OK, if you can get married, we’ll treat you like a part of us,'” Lloyd said.

“Generally speaking, the faith landscape in greater central Ohio is some of the most welcoming space in the state,” said Alex Shanks, project and field director for Equality Ohio. “As far as having a wide variety of choices, there are quite a few here.”

A rainbow flag flies outside First English Lutheran Church’s building on the east side of Columbus, said Pastor Sally Padgett.

“We feel strongly that God created all of us,” she said. “We just have a policy where we don’t turn anybody away.”

Congregation Beth Tikvah, a Reform synagogue in Columbus, has a rainbow flag incorporated into its logo, and it displays the symbol elsewhere as well, said Rabbi Rick Kellner.

“Judaism holds as a value that all human beings were created in the image of God,” he said. “With that comes the idea that we are obligated to treat every human being with respect.”

But when it comes to training and acceptance, Shanks said it’s more about “the lived reality of what happens when a transgender person shows up” at a church. The church might not come out and say it doesn’t accept or allow transgender or LGBT people, but it might not make them feel welcome.

Some churches make what’s called an “open and affirming” statement, which usually comes after a congregational vote and says the institution is welcoming to all people, no matter their race, gender, gender identity, age, sexual orientation, etc. Some churches have recently added the gender-identity part.

Although statements are useful, Tanis said the best way to make people feel welcome is “simply a genuine feeling of wanting to include all of God’s people.”

“There’s no program you can do that makes up for that genuine sense of welcome,” he said. “People of faith look like hypocrites when they say God is love and God’s love is for everyone — but you. … It can be an incredibly painful experience.”

Over 100 students walk out of Mike Pence’s commencement speech