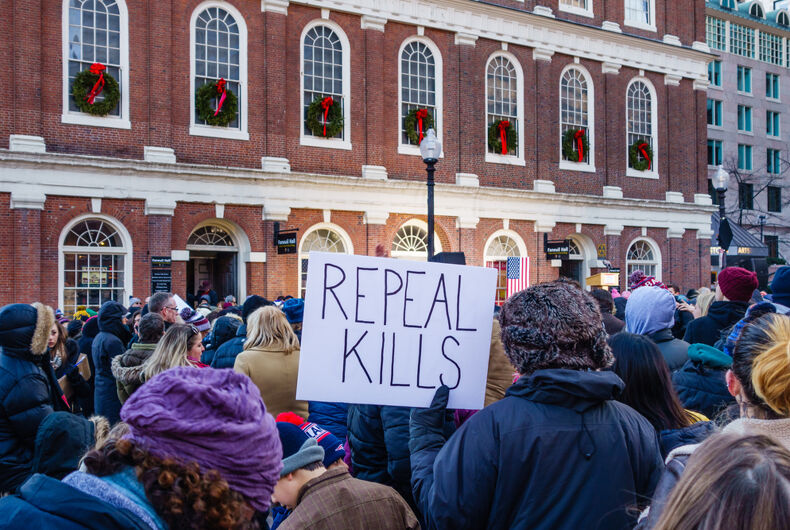 “The Republican Party must continue to uphold the principle that every human being, born and unborn, young and old, healthy and disabled, has a fundamental, individual right to life.” — Republican National Committee for Life

Contrary to having concern for “every human being,” their interest stops at “every unborn human being.” This reality was clearly apparent as the details of the newest iteration of their draconian so-called “American Health Care Act” has come to light.

The bill eliminates the public mandate, grants states and insurance companies federal waivers to charge people with pre-existing medical conditions much higher rates than other customers, substantially increases prices for older people, and disregards the mandate to cover specified services like pregnancy care. It cuts Medicaid programs for low-income people, while allowing states to enact work requirements on Medicaid recipients. Oh, and let us not forget that the bill eliminates tax increases on the rich and super-rich as well as on the health industry.

Well, Donald, you might want to take note that Australia initiated a successful government-sponsored single-payer health care system, which your party’s philosophy of “that government is best that governs least [and preferably not at all]” will never accept. But why not?

According to the Peterson-Kaiser Health System Tracker, the United States ranks last in terms of life expectancy and first for disease burden compared with other so-called “developed” countries, including Australia. We spend about $8,745 per capita on health care, compared with Australia’s $3,997 per person. If the Senate succumbs and actually passes the House version, these tragic statistics will only worsen.

On my TV screen I watched what I imagined as white, middle-aged, rich, and primarily male former frat boys trying to relive their days high-fiving above kegs of freely-flowing beer and wearing togas while trying to bed the hot sorority girls, all as they, in all likelihood, are attempting to take away health care insurance from what the Congressional Budget Office estimates will be 24 million people by 2026 in the first version of the bill. This second version portends even more dire consequences.

Hey, originally you wrote into the bill that Congress members are exempt from its provisions, but you ultimately deleted that measure owing to your obvious hypocrisy. But never mind. Party on, party on. We will see you at the voting booth in 2018.