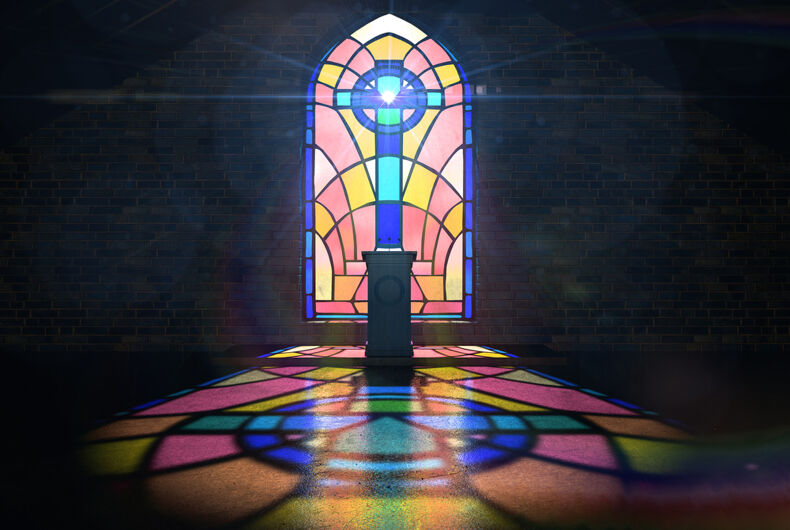 Three transgender clergy presided over a special mass Friday in Cuba, a first for that country.

Reuters reports that pastors from Brazil, Canada and the United States wore stoles in the trans pride colors — light blue, pink and white — and delivered their sermons against a backdrop of rainbow flags.

It was a sign of the times in a country where people of faith and gender and sexual minorities alike were historical persecuted.

“Tonight has been a night of celebration of equality between all people, marking a new era for Cuba,” said Brazilian pastor Alexya Salvador. “God’s love is radically inclusive.”

The Mass was part of a conference on transsexuality and theology, organized by the Cuban branch of the LGBTQ-affirming Metropolitan Community Church.

“This is not only a first of its kind event for Cuba, but certainly one of the very first ever to be held anywhere in the world,” said Allyson Robinson, a Baptist who previously served as the executive director of OutServe. She and Salvador were joined by Canadian Pastor Cindy Bourgeois from Canada.

The conference spoke to the role of transgender people in the church and of the church in trans people’s lives. Some even posited that God is transgender, assigned different genders to aspects of the Holy Trinity.

Throughout was an undertone of acceptance, a message attendees hope would spread to Cuban society and government.

“I leave with having learnt a lot of things I can share with other trans,” a young Cuban trans woman in attendance told Reuters, “in particular that there is a God for everyone.”

When it comes to Republicans, ‘pro-life’ politics expire at birth