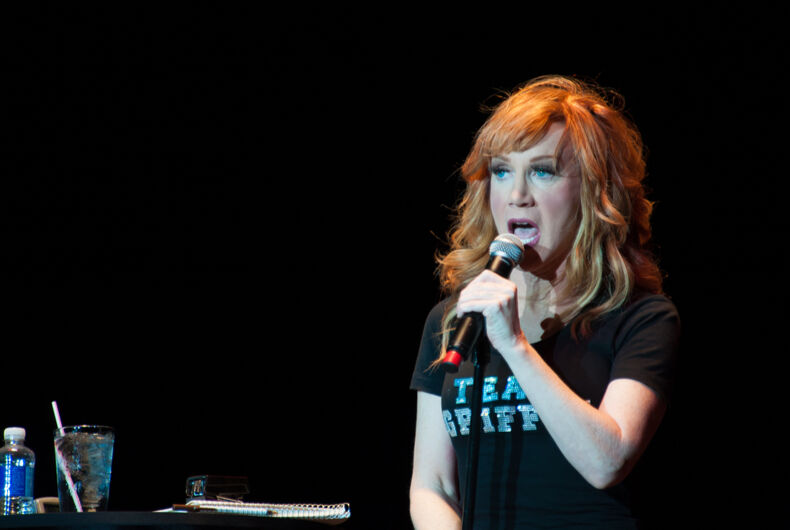 The fallout continues for comic Kathy Griffin after appearing in a video that showed her holding up Donald Trump’s severed head. While the stunt was obviously faked, the blowback the infamously provocative comedian has weathered has been real.

While Squatty Potty, a Utah-based bathroom products company, said in a statement Tuesday that it has suspended an ad campaign featuring Griffin, the fate of her annual New Year’s Eve extravaganza with out newscaster Anderson Cooper was left hanging until this afternoon.

“We are pleased to see she has apologized,” CNN said in a statement yesterday. “We are evaluating New Year’s Eve and have made no decisions at this point.”

“CNN has terminated our agreement with Kathy Griffin to appear on our New Year’s Eve program,” the network said in a just released statement.

Cooper said he was “appalled by the photo shoot. It is clearly disgusting and completely inappropriate,” he wrote on Twitter.

The comic apologized later for the video image, saying it was “too disturbing” and wasn’t funny.

“I sincerely apologize,” she said in a second video. “I went way too far. The image is too disturbing. I understand how it offends people.”

LGBTQ Nation made an editorial decision not to show the tasteless image and video yesterday.