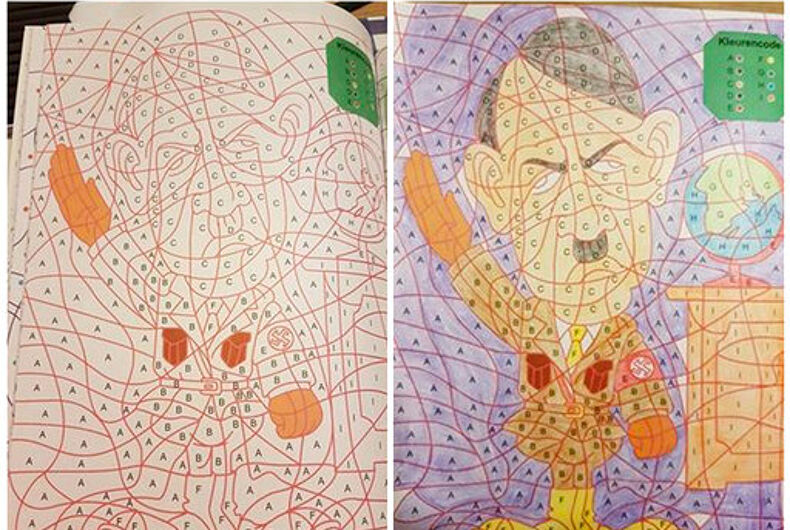 In this two photo combo composed on Thursday, April 6, 2017, the color-by-numbers image of Adolf Hitler before, left, and after been coloured in, in a book which went on sale this week. A chain of Dutch stores has apologized after inadvertently selling children’s color-by-numbers books featuring an image of German Nazi leader Adolf Hitler. Photo: (Ray Vervloed via AP)

A chain of Dutch stores has apologized after inadvertently selling children’s coloring books featuring an image of Adolf Hitler.

The Kruidvat chain of drugstores posted a statement on its website saying the coloring books, which went on sale this week, were immediately pulled from shelves after the discovery of an “inappropriate image.”

The image shows Hitler giving a Nazi salute. On his left arm is a red band with a swastika.

Without directly referring to Hitler, the company says it is investigating how the image got into the books “despite various checks of the content.”

Kruidvat declined further comment Thursday. It was not clear how many of the books were sold.

Now this is real: Man ejected from a council meeting for offering mayor a Pepsi

Does New Jersey’s anti-bullying law out queer students against their will?