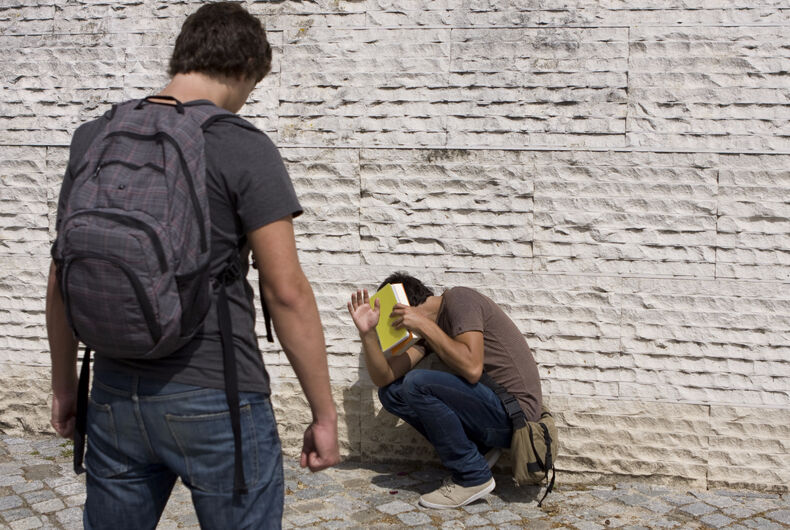 Advocates are concerned New Jersey’s bullying law could “out” gay, lesbian or transgender students to their parents.

In a presentation to the state Board of Education on Wednesday, education department officials suggested school officials should no longer automatically tell parents the full details of a bullying case. Instead, they propose changing the rules so schools “take into account the circumstances of the incident” when deciding what information to share.

“If an LGBT student had not shared with a parent, had not disclosed to them their orientation … we would not want schools to be the ones that bring that to the parent’s attention,” said Sue Martz, an assistant education commissioner.

Carol Watchler, co-chair of Gay, Lesbian & Straight Education Network of Central New Jersey, told NJ.com it was not clear whether the law has led to any students being outed to their parents.

But Watchler said it has prevented students from reporting bullying because of fear over how their parents will react.

“To have that thrown to the family for discussion when a youngster is not prepared to do it or had not intended to do it at that point, it’s a terrible violation of that student’s dignity and identity,” Watchler said.

Under the proposed revisions, the state would provide school officials guidance and training if the rule is changed to find a better balance for the need for confidentiality.

The proposed revisions come as the state prepares to reauthorize rules that the department created after the bullying law was passed in 2011.

This adorable Army prom photo is sure to make you smile