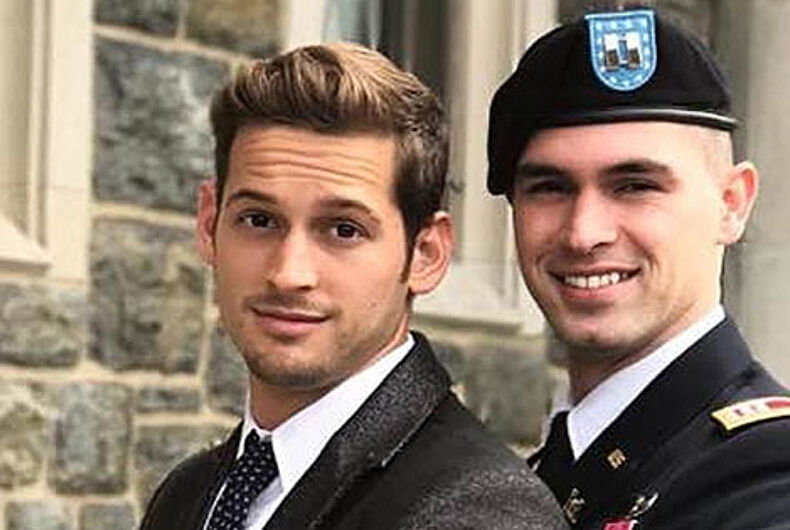 Love was in the air at West Point when YouTube celebrity Max Emerson posed with his boyfriend Andrés Camilo for the Army Prom, just as so many couples do, arms of one encircling the body of the other.

And as a sign of the times in which out cadets and soldiers can express their love for their same-sex partners without fear of retribution, shame or discharge, that Instagram post has gone viral with more than 36,ooo likes.

The couple met via a dating app and have been together for more than a year now. Emerson and Camilo announced their relationship last June in a YouTube video that’s been viewed more than 384,000 times.

Camilo works as a consultant in New York City and is a soldier in the National Guard. Emerson achieved fame through YouTube, of course, and underwear modeling.

But here’s proof these boys know how to dress for success.

My date is the best! #GayArmyProm

Does New Jersey’s anti-bullying law out queer students against their will?