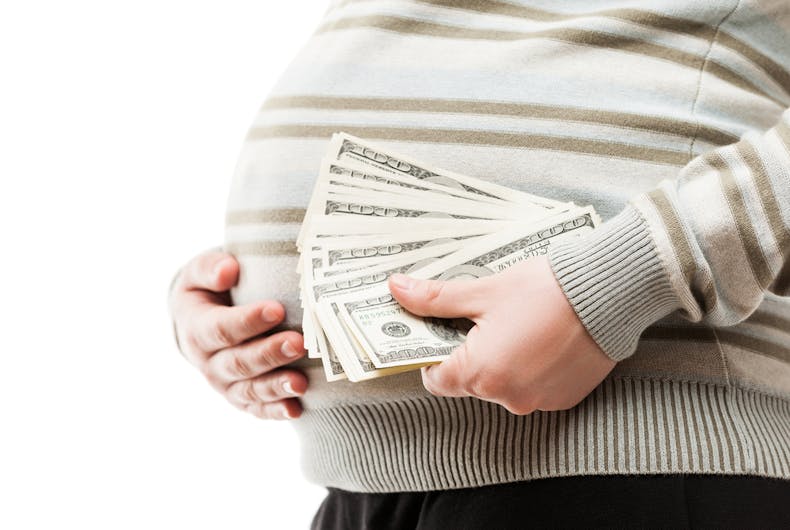 Sean Smith and his husband paid more than $20,000 for a fertility procedure when they decided to have a child using a surrogate mother. They did not know at the time that if they were a heterosexual couple, they might have saved that money.

Now, Smith and other members of Hawaii’s lesbian, gay, bisexual and transgender community are lobbying for equal access to the financial help married, heterosexual couples enjoy under state law.

They are pushing legislation that would require insurance companies to cover in vitro fertilization for more couples, including making Hawaii the first state to require the coverage for surrogates, which would help male same-sex couples who must use a surrogate.

“Now that marriage equality is the law of the land and is accepted, now let’s turn to family building, and let’s figure out how we fix all these inequities that exist,” said Barbara Collura, president and CEO of Resolve, a national organization that advocates for access to fertility treatments.

Hawaii is one of eight states that require insurance companies to cover in vitro fertilization, a costly procedure where a doctor retrieves eggs from a woman, combines them with sperm from a man and then implants an embryo into a woman’s uterus.

But Hawaii’s mandate applies only to married heterosexual couples because it covers the medical intervention only if a woman uses sperm from her spouse, leaving the LGBT community and single women behind.

“At the end of the visit, I would be going into the office and pulling out my credit card, and other people are probably just walking out and insurance is picking up the tab,” Smith said. “We had to borrow money, refinance a second mortgage, and I’m sure there are people who don’t even explore the option because the expenses are too great.”

The measure pending in the Hawaii legislature removes requirements that the egg and sperm come from a married couple and includes surrogates among the people to be covered.

No other state has included surrogates in their laws, Collura said.

“It is definitely groundbreaking,” Collura said. “And it’s an often-overlooked way that people choose to build their family, and it should not be left out. It’s great to see that Hawaii is taking the lead.”

Kaiser Permanente Hawaii opposed the measure, saying the medical provider and insurer does not perform in vitro fertilization with donor eggs or surrogates because of complex legal issues and medical risks. The company asked lawmakers to remove egg donors and surrogates from the bill, saying requiring coverage of additional procedures would raise costs for the company and its customers.

A similar measure in Hawaii failed in previous legislative sessions. But aside from Kaiser, the bill has seen little opposition this year.

A broad coalition including the American Civil Liberties Union of Hawaii, the Hawaii Civil Rights Commission and the Democratic Party of Hawaii are working with LGBT groups to push for change. The proposal passed the state Senate and is up for a vote in the House this week.

Maryland had a law that also excluded same-sex couples until about a year ago, when the Legislature changed the provision so it no longer required using a husband’s sperm. That helped lesbian couples, but gay men were still left out because the law didn’t cover surrogates, Collura said.

Most state mandates limit insurance reimbursement to a certain number of in vitro fertilization trials or allow coverage only after years of infertility. Some states also allow religious or small employers to get out of the requirement.

“We need to change these laws,” Collura said. “We need to update them and make them so that they are no longer discriminatory.”