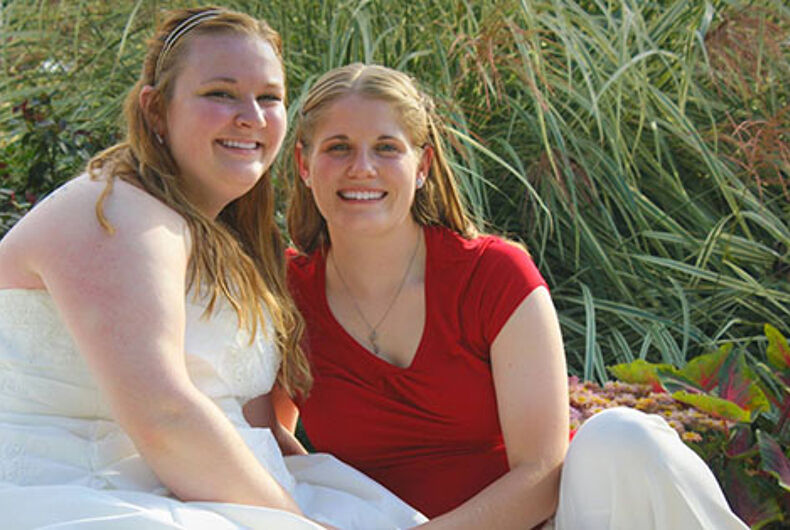 A married couple in West Virginia have filed a lawsuit with the help of a religious freedom watchdog group against two antigay county clerks who called them “an abomination” to God, and vowed that “God would deal with them.”

Now Gilmer County clerk Jean Butcher and her deputy, Debbie Allen, are going to have to deal with a federal judge.

“We just never want anyone else to be dehumanized because of who they love,” Samantha Brookover told The New Civil Rights Movement. “Love will win.”

Brookover and her wife, Amanda Abramovich, claim Allen harangued them for several minutes when they appeared at her office to obtain a marriage license on February 3, 2016, seven months after the Supreme Court ruling that legalized same-sex marriage.

The couple were turned away the first time they tried, in 2014, prior to Obergefell v. Hodges but after West Virginia enacted marriage equality, according to The New Civil Rights Movement. They have been together six years, and were high school sweethearts who graduated together. 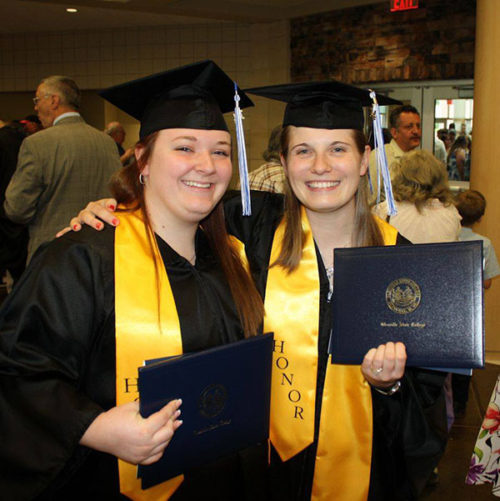 Although the couple did receive a valid marriage license on their second attempt in 2016, and were wed soon after, the memories of their awful experience of being verbally harassed and demeaned did not dissipate in the months that followed, according to the complaint they filed in federal court.

When Deputy Clerk Debbie Allen saw that a same-sex couple was applying for a marriage license, she did not provide the license on the same terms as for opposite-sex couples. Instead, Allen launched into a tirade of harassment and disparagement. She slammed her paperwork down on her desk, screaming that the couple was an “abomination” to God and that God would “deal” with them. Her rant continued for several minutes. Another clerk joined in, encouraging Allen’s attack on Amanda and Samantha by shouting “it’s [Allen’s] religious right” to harass same-sex couples while performing the official state duties of the Clerk’s office.

Throughout the attack, Amanda remained silent and shaking; Samantha was brought to tears.

That’s where Americans United for Separation of Church and State stepped in. The group launched a religious watchdog offshoot called the Protect Thy Neighbor project, which works in both legal and legislative capacities to fight so-called “religious freedom” efforts from far-right conservative Christians.

The lawyers allege in their federal lawsuit that the clerks also lied to the couple, claiming the clerk had stopped issuing marriage licenses, even though they are to this day still listed as a service on the county website.

In a statement to the media, the executive director of Americans United, Rev. Barry Lynn denounced how the couple were treated on what should have been a day of joy and bliss.

“Same-sex couples shouldn’t have to run a gauntlet of harassment, religious condemnation and discrimination in order to realize their dreams of marriage,” said Lynn. “Government officials must apply the law fairly to everyone, regardless of religious beliefs. If these clerks are unable to fulfill their duties, they shouldn’t work in a government office.”

The lawsuit claims the clerks violated the mandate set forth by the Supreme Court as well as the Establishment Clause — which prevents anyone acting as an agent of the government from enforcing their religious convictions onto constituents — and the 14th Amendment’s Equal Protection Clause.

Butcher, who is named in the suit for supporting the actions of her clerks when the couple brought their complaint to her, had no comment when contacted by TNCRM.