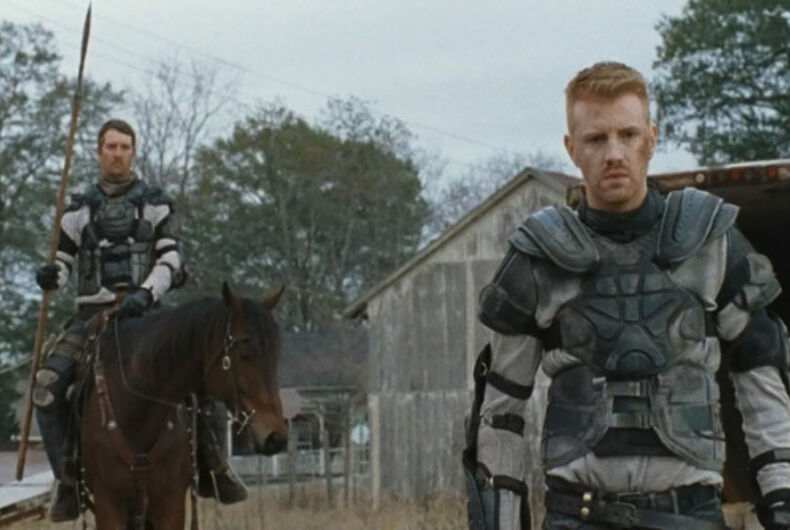 Actor Daniel Newman, who plays Kingdom member Daniel in The Walking Dead, came out on Twitter over the weekend. Newman followed up with a video posted to his YouTube channel.

I'm #OUTandPROUD #LGBT Love you guys. Be proud to be yourself. We need everyone just the way you are! I'll chat with you guys tonight

The actor credited a young woman at a homeless youth shelter for spurring him to come out of the closet. He told fans that she thanked him for standing up for the queer community as a straight man while he was volunteering at the facility. When Newman told her he’s gay too, the woman asked a pointed question.

“Why have you never said that publicly before? You could help change our lives,” Newman said the young woman told him.

“It hit me like a gut punch. It felt like someone had knocked the wind out of me,” he said. “And I I realized how important it is in this day and age to be visible; have people know who you are. When you are accomplishing incredible things and you are hiding who you are, you are hurting hundreds of millions of people.”

While Newman admits that his conservative upbringing influenced his decision to stay closeted, he also laid a large amount of blame on Hollywood itself.

“I’m an actor. The whole world, the industry, is like ‘Here’s your big break, you’re on The Walking Dead, you can’t come out, you can’t be in the press, because everything you work so hard for is going to be gone – there’s no gay or bi leading men, no action heroes, your career’s going to be over’,” he said.

“I don’t care. Because I know what’s right. Whatever [happens] with my career’s going to happen, but I’m standing with you guys.”