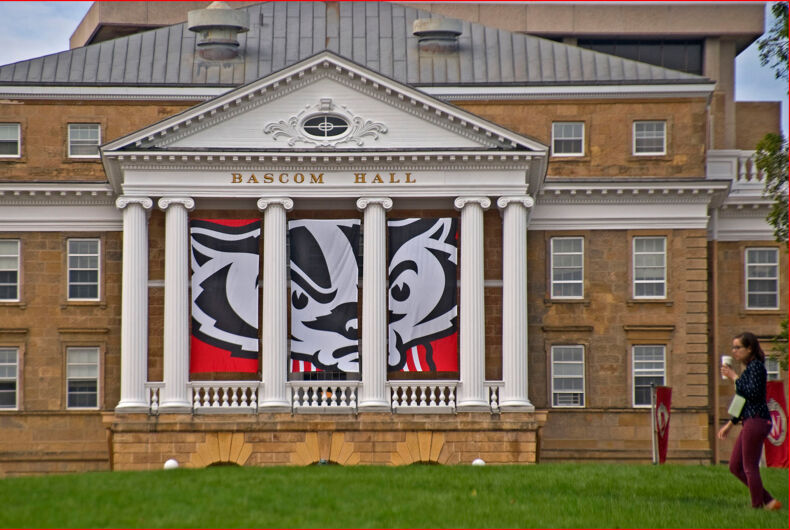 MADISON, Wis. (AP) — Two transgender University of Wisconsin employees are suing the state’s insurance board and the UW System after it stopped covering sex reassignment procedures.

The American Civil Liberties Union and the ACLU of Wisconsin on Friday filed a federal lawsuit on behalf of anthropology graduate student Alina Boyden and cancer researcher Shannon Andrews.

The plaintiffs, who both identify as female and receive health insurance through their jobs with the university in Madison, argue that their insurance unfairly deprives them of care for gender dysphoria, a documented medical condition in which a person feels trapped in the body of the wrong sex. They allege not providing the benefits amounts to discrimination based on sex and transgender status.

“Too many transgender people continue to face discrimination in all facets of life, including health care access, and so I felt compelled to stand up and try to do something about it,” Boyden said in a news release.

The insurance board last summer added the benefits, which a consultant estimated could account for between $100,000 and $150,000, around .01 percent of annual state premiums. But board members voted 7-2 in December to drop the benefits days before they became effective after the state Department of Justice asked them to reconsider. The justice department wrote in a memo to the board that U.S. Department of Health and Human Services rules unlawfully interpret Title IX of the Civil Rights Act to cover gender identity.

A spokeswoman for the Department of Justice didn’t immediately return a message.

According to the complaint:

-Boyden has taken medications for gender dysphoria for the past 15 years. Her primary care physician in 2016 recommended to her health insurer that she receive gender reassignment surgery.

-Andrews first identified as a female at age five but didn’t seek treatment until 2007 due to hostile reactions. She suffered an emotional breakdown in 2012 that caused her to lose a job and has attempted suicide on multiple occasions due to gender dysphoria. Her primary care physician in 2015 also recommended surgery.

-Boyden has been forced to forego medical care for gender dysphoria and Andrews has paid thousands of dollars out-of-pocket to get care as a result of sex reassignment procedures not being covered by their insurance plans.

Mark Lamkins, a spokesman for the state Department of Employee Trust Funds, which oversees the insurance board, didn’t immediately return a voicemail Friday afternoon.

Watch trans children & their parents read positive affirmations: ‘I am who I am’