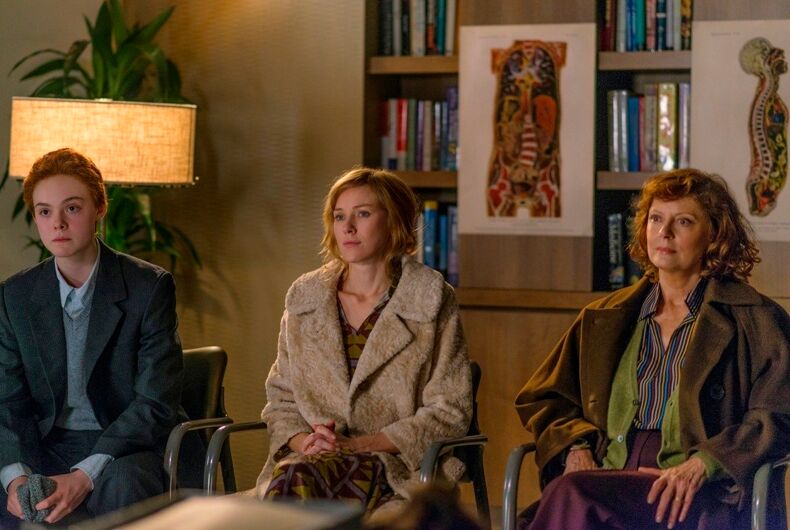 The Weinstein Company is challenging the R rating of the film 3 Generations, previously About Ray, arguing it would prevent teens from seeing an important film about transgender acceptance.

In the film, Elle Fanning stars as a transgender boy whose mother (Naomi Watts) must find his father (Tate Donovan) to get approval to transition and whose lesbian grandmother (Susan Sarandon) is struggling to accept his transition It received an R rating from the MPAA due to profanity and sexual reference.

“Gaby, Naomi, Susan and Elle made this movie to share its message of acceptance and inclusion with all generations. The fact that an R rating would prevent high school students from seeing this film would truly be a travesty,” said TWC co-chairman Harvey Weinstein in a statement.

He said he was hopeful he would be able to reach a resolution with the film rating agency.

“The MPAA and I were able to come to an agreement on ‘Bully,’ and I am confident that we will be able to do so again,” Weinstein said.

Did President Trump just take action based on (temporary) empathy?