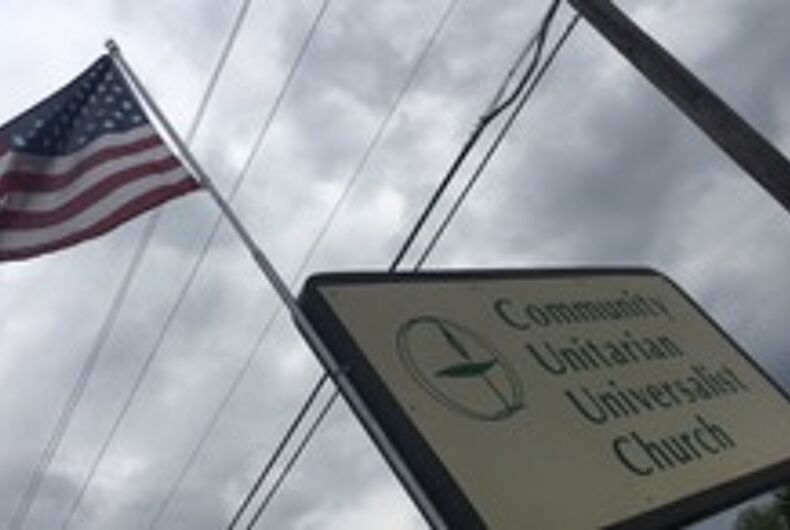 A rainbow flag that has been flying from a sign outside Community Unitarian Universalist Church in Plano, Texas since October vanished on Easter Sunday and in its place the congregation found a brand new American flag, along with a note, presumably from the thief.

“We’re not naïve. We realize when we put up the first flag, someone might decide they want to remove it,” Betsy Friauf, who donated the flag, told KDAF.

The pastor told KXAS they had planned to replace that rainbow flag this week.

Reverend Patrick Price told the station he would hope the thief would “come and talk to us — have a conversation.”

Price said that church members filed a police report but “this is not something to be upset about. It’s annoying, but there’s nothing malicious done.”